Reflections on diversity and inclusion

Often, when we speak of diversity, we think of enormously important social topics, just as large as their range. Topics requiring very long and difficult cultural progression, outside our exclusive control, from the Gender Gap, to Sexual Harassment, Racial integration to Hate Crimes, Homotransphobia through to what has been defined as Cancel Culture. These causes concern individuals, with their sensitivity and responsibility, just like the social communities they are part of and, last but not least, the companies they work for. The label Brand Activism has been coined in recent years – it’s that type of activism where companies play a leading role in social change processes. From Patagonia, which has always been active on Climate Change, to Nike, Netflix and NBA which have done much for the Black Lives Matter movement, IKEA, with countless campaigns in favour of a non-traditional idea of family, Walt Disney, involved in using stories representing minorities, Gucci, on sexual fluidity and body shaming, and many others which have taken a public stance on social, difficult and ‘divisive’ topics, contravening Michael Jordan’s mantra of a few decades ago. When asked for an endorsement for an Afro-American Democrat candidate for the elections in North Carolina, the greatest athlete of the 20th century answered sardonically that Republicans also bought shoes.

What has happened since then, and why has talking about diversity, inclusion and fairness become even more important now?

I’ve tried to imagine a sort of nursery rhyme on this:

The great attention to these topics is not a discussion by well-meaning right-thinkers who are lovers of the politically correct. It’s a topic that concerns the survival of our communities – the families, companies, sports teams and nations. Nature (and the WWF for several decades) teaches us that we need the highest possible number of different species for the planet to function as each species is only to prosper if everything surrounding it also prospers.

What do we mean when we talk about diversity?
Diversity is of gender, racial, physical, generational, sexual orientation but also cultural, of values, and character. Great confusion and a potentially endless topic.

So here are six reflections which shouldn’t be thought of as complete in trying to trace a path that actualises these topics.

1 | The danger of a single story

The first borrows some sentences in a Ted Talk by the Nigerian writer and feminist Chimamanda Ngozi Adichie, “The single story creates stereotypes, and the problem with stereotypes is not that they are untrue, but that they are incomplete. They make one story become the only story. (….) Stories, in the plural, are important. Stories were used to expropriate and defame. But stories can also be used to restore power, and humanise. Stories can break the dignity of a people. But stories can also repair that broken dignity. (…) When we realise that there is never a single story on anywhere, we’ll regain a sort of paradise.”

In a very popular YouTube video, the American researcher Brené Brown tells us what empathy is. “Empathy is feeling with people. (…) Empathy is a choice of vulnerability because, to connect with you, I have to connect with something in myself that knows that feeling. Rarely, if not never, does an empathic response start with ‘at least’ to try and lighten the situation. But that doesn’t work because the truth is that a response can rarely improve something. What improves something is connection.”

Without the attempt at being empathic, every thinking about diversity and inclusion is simply paternalism if not pietism.

3 | The proximity of diversity

Please excuse the ingenuity of what I’m about to write. A few months ago, I held some workshops for children to share reflections on diversity with them. After an initial disorientation, I tried to make everything easier. “Think about the people you love – your mum, your dad, your grandparents, brothers and sisters, cousins, aunts and uncles, friends and teachers. They’re all different, fortunately. If they weren’t, can you imagine how boring it would be? Yet we still love them all. I’ve got an exercise for you; take a sheet of paper and write down the features that make them so unique and different and then, the first time you can, tell them.”

Thinking about the uniqueness of people is the basis for creating constructive thinking about diversity and really accepting what people different from us have to offer. In addition, the closer we get to diversity, the more our knowledge grows, the more the differences become blurred, and the more human the stories become. And, in the end, we can only say “Different from what?” 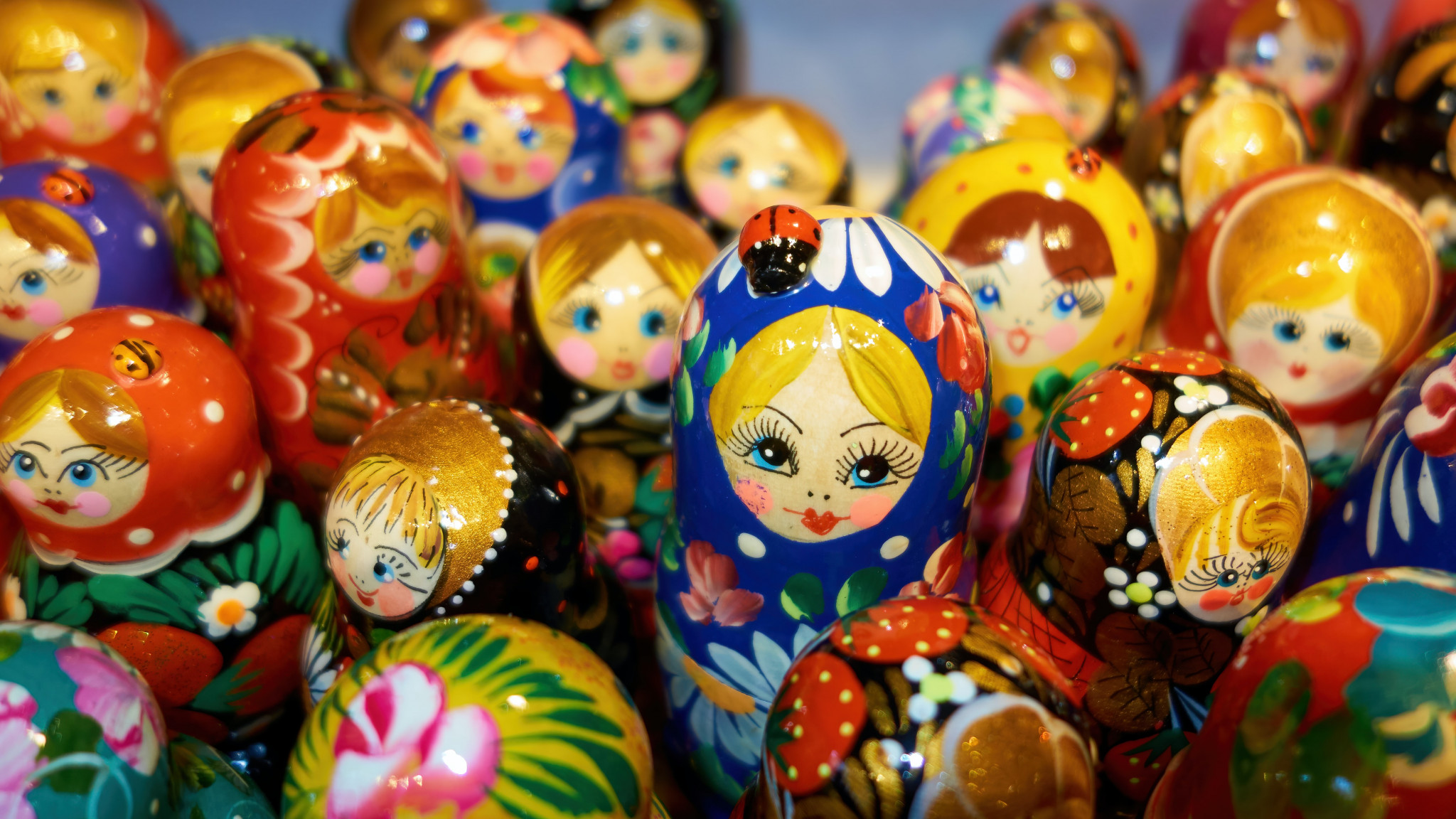 “the closer we get to diversity, the more our knowledge grows, the more the differences become blurred, and the more human the stories become”

4 | The fragility of purity

In ecology, resilience is the amount of diversity that a system can accept without collapsing. Therefore, a system shows it’s stronger the more it can accept elements of diversity. In nature, there’s a very strong relationship between biodiversity and the ability to manage difficulties. Anti-fragility feeds on diversity. Closed systems tend to consume their own resources without being able to regenerate them. Open systems are constantly contaminated by including elements of discontinuity and crisis that, if faced by discussion without giving into what Nassim Taleb calls, “the dictatorships of minorities”, can only strengthen them.

Giving a name is a necessary step in the creation of a listening space where diversities can co-habit. If things don’t have a name, they simply don’t exist. As a result, a reflection on the language used to approach diversity is crucial, although often treated superficially. The language we use defines how we think so it’s important to give things a name, perhaps also wondering curiously what’s behind the individual letters of the acronym LGBTQQIIA or defining a hate crime for what it is.

6 | Include in the little things

For just over a year, we’ve been going through an experience of discontinuity and diversity that stresses the importance of listening to each other and mutual respect. The pandemic has forced us to see the need to reconnect as human beings – from care of our nearest and dearest to the responsibility to others in the communities where we act. Thinking only about the world of work, there is no longer that great stabiliser of the office. Our economic, relational and family diversities have emerged prominently (how different it is to work from home for a year if you’re single or have two children of 5 and 8). And this can only be good news. You can manage what you can see – but how?
Diversity should be contaminated with trust, respect and humility. The humility of understanding that I can always learn from someone different from me and that, if I’m able to contaminate diversity, I’ll obtain results impossible for homogeneous groups. The willingness to question some of my certainties, trusting in the fact that those around me will do the same. Finding value in diversity requires a significant mutual effort. I accept some of your diversity to the extent that you also accept some of mine. I can revise some of my certainties to the extent that I see you making the same effort. I understand my limits and realise that you could fill my gaps. When a dynamic is based on reciprocity, a question takes the stage – who starts? This is the real suggestion to valorise diversity. You start and accept all the differences that others can offer. You’ll see that they’ll follow you and, even if this doesn’t happen, you’ll certainly be a more interesting person and professional.

We’ve come to the end of this rather rhapsodic review of the topic. All we can now say is that Diversity & Inclusion is the subject with strong connections with empathy, responsibility, narration and conflict, and that:

After academic studies covering both economic sciences and humanities, Paolo Antonini started offering consultancy with the aim of constructing training projects and programmes putting humanistic culture at the service of organised learning. He is the founder of the ArtsFor_ project and manages inspirational lessons, training and change management projects and inspirational podcasts with the awareness that, in uncertain times, spending time with the ability to imagine, empathy and anti-fragility of the world of arts and culture can be decisive for integrating new forms of leadership into the great classics of management.