Ensuring the safety and efficiency of the infrastructural heritage

Going to work on a cold February morning. We’ve got a very different day from the usual one – away from the office, away from construction sites, away from the engineering procedures closest to the collective imagination. Today we can leave our shirts and ties in the wardrobe and put on a sweatshirt, a warm one with a hood because it’s cold crouched in wet grass inspecting the supports of bridges over the rivers in the Po Valley. Yet what great satisfaction.
There are various factors influencing the safety of the Italian infrastructural heritage, and there are various operations now required to ensure that this heritage can continue to be used by people while fully respecting the legislation. So what great satisfaction in ‘doing engineer things’ and making experience and skills available so that there can be not only new large-scale infrastructure in Italy but also old viaducts, railway crossings, and historic bridges that are completely safe and usable. 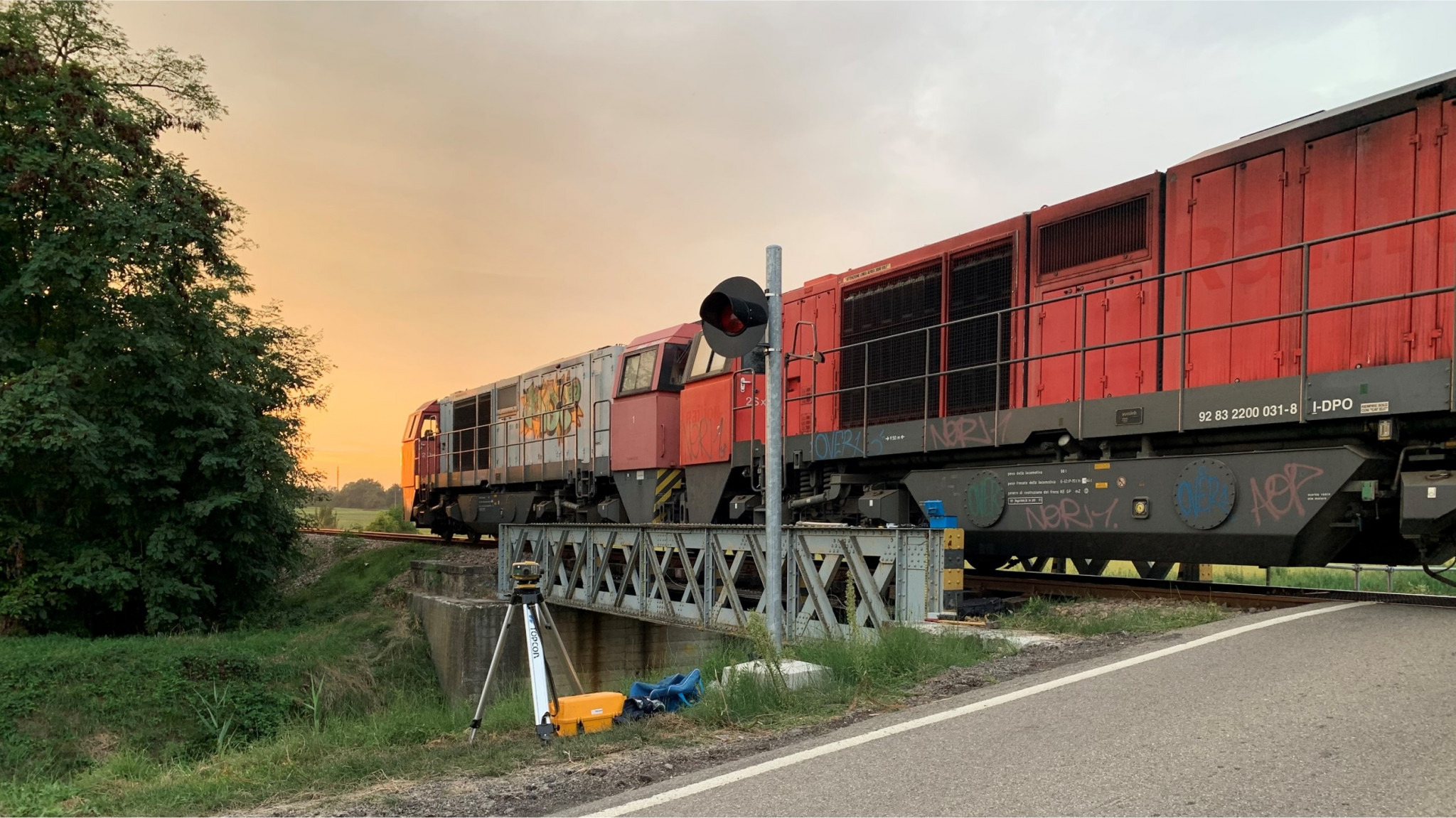 Being involved in checking the seismic vulnerability of bridges means not only carrying out diagnoses of existing works – similar to what happens in the medical field – but also seeing a variety of construction methods, materials and fulfilment times. In Italy, we often inspect bridges built early in the 20th century or after the Second World War rather than more recent constructions.

When someone is asked to analyse and check this type of engineering work, their job starts with the original projects. These documents are very valuable, interesting and historically important but must be checked carefully. What does that mean? It means plodding through old ‘papers’ – drawings and reports – sometimes totally obsolete, checking the correspondence between the declarations and what is found on site, and checking every single thickness through specific measurements. However, once the correctness has been established, these ‘old papers’ turn into essential allies for the reconstruction of details that can’t otherwise be inspected.

Every vulnerability check in the field requires careful preliminary work – measurements, surveys, load tests, laboratory tests on samples taken in situ and calibration of the model.

Measurements, which can be carried out using various methods, are made with the aim of confirming – or measuring the geometries from scratch, at the ‘macro’ level (perspective drawings, sections and plans) of each work. In addition to the geometric reconstruction of each structure, some measurement techniques, such as aerophotogrammetric reconstruction, enable the current conditions of places to be obtained so that the degree of deterioration and the state of defects of the bridges can be seen immediately and to be better prepared on them at the inspection. Behaviour, in terms of seismic response of the specific subsoil can be characterised through geoseismic surveys to determine the expected acceleration and assess any amplification effects due to the rigidity and composition of the land. On the other hand, georadar enables substructures that can’t be seen from the outside (for example, earth-retaining or even buried structures, like abutments and foundations) to be measured. In addition, surveys to analyse the structural materials, check the thicknesses of metal plates or the residual section of armatures, the degree of corrosion of metals and, generally, the mechanical features of the construction materials in terms of resistance and rigidity are also set out.

At the same time, static and dynamic load tests are carried out; for railway bridges, this implies the use of locomotives. Sagging in the loaded structure, the deformation and stresses inside the sheet fibres, behaviour on unloading and the dynamic amplifications of the transit of the test locomotive at different speeds are measured through this type of test. In other words, the vibration frequencies of the deck and its real behaviour under load can be determined through the load tests. These assume proper planning of the test, aimed at deciding where the locomotives and sensors should be positioned, and also enable assessment of the real stress that every element measured is subjected to in order to evaluate the effectiveness of the results of the theoretical calculation model, as this aims to inquire into the ‘limit’ working range as the real work cannot, obviously, be tested for this. The calculation model is calibrated starting from the information received from the load tests and, as a result, further simulations and checks on the deck and substructure can be performed and the real vulnerability checks started.

The vulnerability checks set out implementation on the objective physical parameters model (geometry, mass, rigidity, materials and loads) but also performance parameters, partly defined with the clients and which include the parameters of the work, the safety coefficients of action and the PSI2 coefficient, which determines the mass arising from the variable loads to consider during seismic action. In addition, there is the safety coefficient of materials, which vary according to the level of knowledge considered to have been achieved with the surveys, inspections and the historic documentation available.

For bridges, static vulnerability checks also include the dynamic amplification coefficient, which varies according to the speed of the vehicles crossing the bridge, the length of the deck and its first flexural frequency. Often, further surveys are required for existing works with the aim of establishing the maximum speed with which trains can safely travel along the works being checked. Sometimes, such limitations aren’t effective, either because the features of the work result in minimal variations to the dynamic coefficients depending on speed or the work has reached the end of its useful life. In these cases, it is important to define the times and methods of strengthening, as critical conditions are intrinsic to the work and independent of the load method. 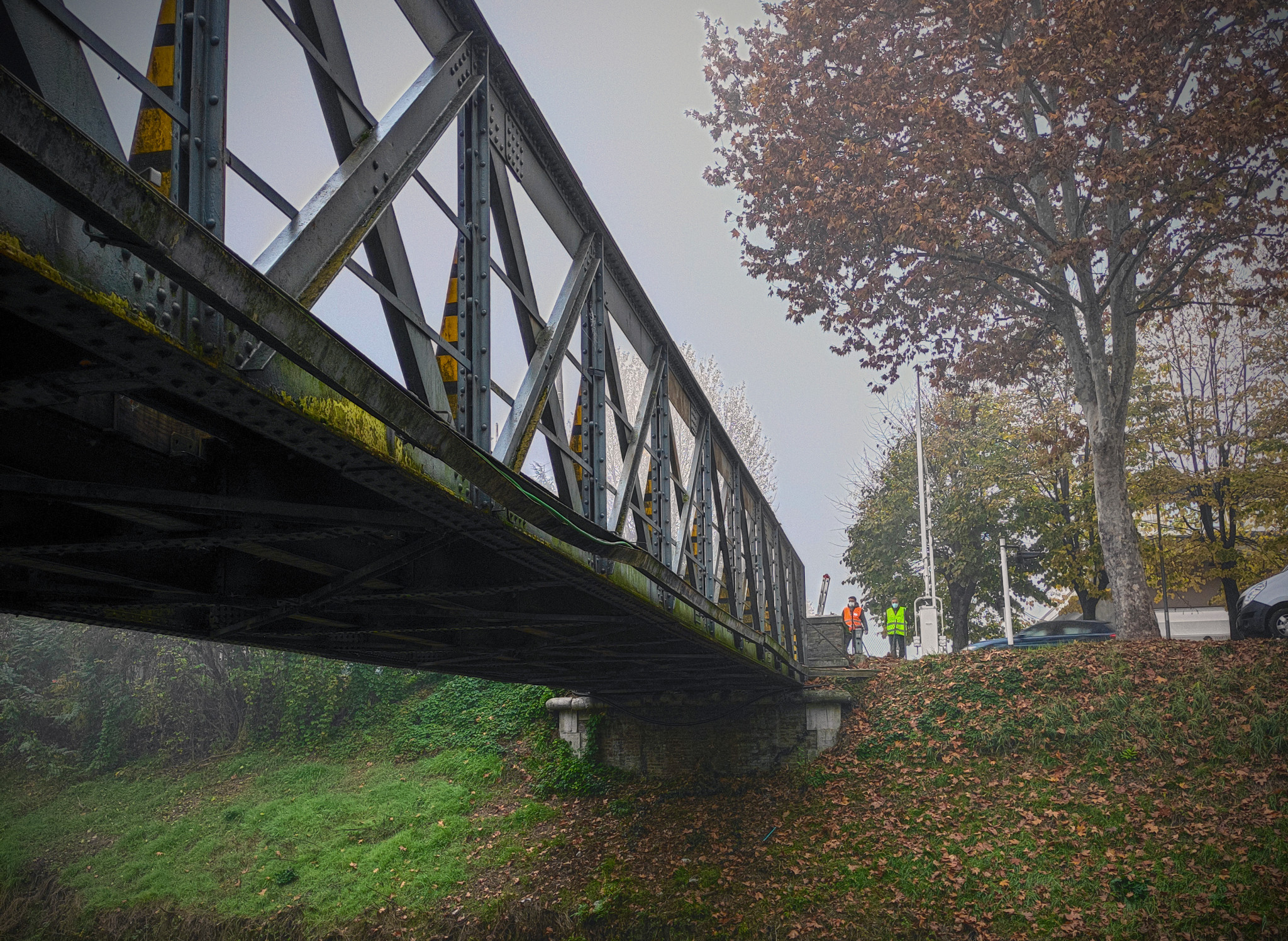 Vulnerability checks are integrated with the visual and inspectional surveys carried out in accordance with the Rete Ferroviaria Italiana (RFI – the company that manages the national railway infrastructure) DOMUS borrowed system, which enables a judgement on the degree of conservation of the works following a codified method. This takes into consideration the master data of the structure with cataloguing by type, the definition of the essential structural elements based on the type of bridge, the list of defects of each specific material and the assessment algorithm of the condition of the works, which enables calculation of the index of defectiveness of the infrastructure. This method not only allows the subdivision of each work into subgroups – substructures (piles and abutments), deck, elements of the superstructure, connection mechanisms (joints and supports), but also categorises defects giving them a definition and inspection method, i.e. agreed indications on how to look for each defect during the inspection, how to assess it and with what tools, at the same time also showing a coefficient of importance of the defect on a scale from 1 to 4. The intensity and extension of each defect is also assessed with the use of special coefficients (K2 and K3).

Assessment cards can be developed using the DOMUS method which show additional useful information for inspections – the parts of the works to be inspected, defects found specifying the name, description and coefficient of importance, indications of the elements necessary for the easy identification of the exact position where the defect was found and, obviously, the indicators set out by DOMUS and the photographic documentation.

The report on the checks and test of the bridges is drafted at the end of the surveys and this, starting from the subdivision of the work into subgroups, explains the individual defects found and the relative judgement of the people carrying out the assessment. Lastly, a summary card following the Civil Defence model is compiled. This not only includes more detailed master data, requires a check on the area where the bridge is situated with the possibility of indicating any areas subject to landslides or flooding and the reconstruction of the most dramatic events involving the bridge (e.g. collapses, fires, war events, repairs, etc.).

These are essential operations to ensure the safety and functional efficiency of the Italian infrastructure heritage and ensure that it can continue to be used respecting the legislation.

Simone Boninsegna was born in Merano (Bolzano). After taking a degree in Construction Engineering at the University of Padua, he has been a freelance consultant in structural engineering, working with various engineering companies in the Veneto, Friuli-Venezia Giulia and Trentino-Alto Adige regions on projects in the construction and civil fields. He has worked with NET Engineering as a structural specialist and project manager of building and bridge projects, mainly in Germany, since 2014.
Barbara Borghi has a degree in Civil Engineering from the University of Bologna. She has worked for NET Engineering on the design and vulnerability checks of road and railway bridges since 2017.
Fabrizio Lorenzin, qualified surveyor, has worked for Net Engineering since 1992 in the Transport and Infrastructure area on cartography and compulsory purchases. He carries out inspections and measurements in support of the design with topographic instruments using the GPS method. He is also a music enthusiast and has a diploma as a piano teacher from the Rovigo Conservatory.