Can you still imagine one of those traffic jams of past times? As a result of the Covid-19 pandemic, most of the world is currently in lock-down but, with the start of vaccinations, we’re starting to see the light at the end of the tunnel and we’ll be facing a new normality in the near future. What will it be like? Currently, no-one can answer this question but, however, the basic element with which to shape a “new everyday life” can be outlined.

Mobility will always be one of people’s vital needs and, after months and months of renunciation, there’ll also be the need to recuperate. So, in the near future, we must once again face the fact that the mobility systems of many towns have reached their limit. In addition, the crisis caused by the coronavirus has, at most, given us some breathing space and we must reason together on how to reorganise thinking of sustainability and efficiency.

The crisis has upset many life habits, giving us the opportunity to reconsider best mobility organisation in a completely new way. History also shows that, after difficult periods, subsequent developments benefited from innovative energy.

These are opportunities that arose from difficult situations. In line with that, we should check our solutions for the current mobility needs, showing that we’re creative and open to different options.

In addition to traditional means of transport, there could also be urban cable cars in the new mobility. Due to their short implementation times and relatively small cabins (normally for about 30 people) they would allow access to a new market. We’ve realised the advantages of being in small groups in recent months. For some years, sector experts have been wondering  whether urban cable cars would also be an extension or even an alternative to buses and railways in Europe. They already exist in many countries around the world and engineers are already planning new lines in Europe. The European Transport Conference (ETC), organised by the Association of European Transport[iv], meets once a year and discusses current transport topics. It has hosted the ‘Urban cable cars’ forum in the ‘Local Public Transport’ Programme Committee since 2013.

A cable car allows direct ‘as the crow flies’ connections and so it is very flexible regarding the route. It could provide a connection with transport hubs on the ground or deliberately avoid them. Construction times are relatively short – only four months were needed to build one in Brest (France)[v]. By nature, cable cars have limited ground occupation, a great advantage compared to cars, buses or railway vehicles. Speed is uniform along the entire route and they can reach 36 kph. The high frequency service means they can transport up to 6,000 people an hour, so there is no need for timetables and waiting times, features providing an enormous advantage for customers. Operation is electric housed in a special station. Individual cabins don’t need brakes, drives and engines so the technology is very energy efficient. Trips are quiet and cable cars are very safe as they can’t be involved in accidents with conventional means of transport.

The look at the third dimension isn’t new 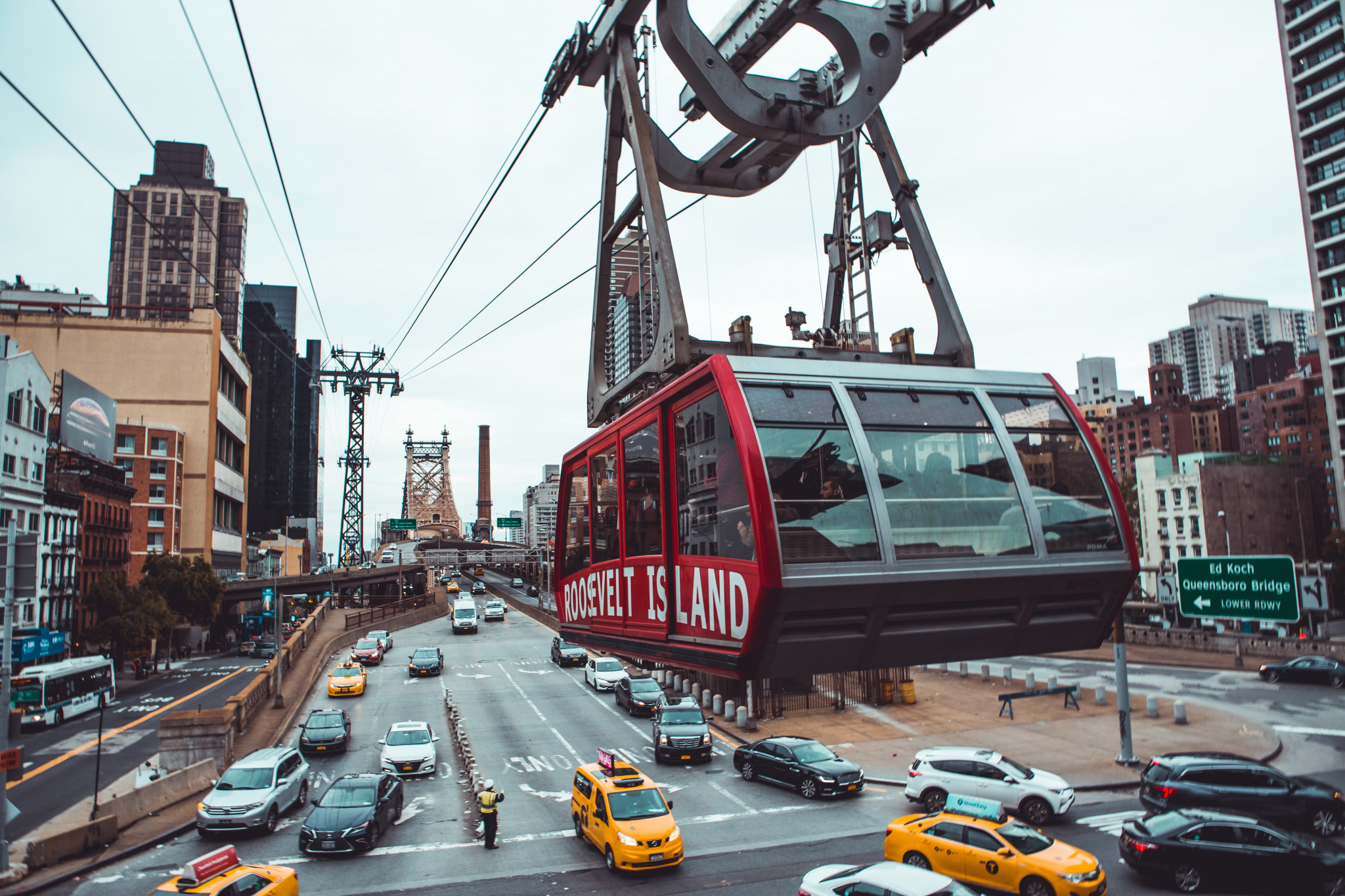 Urban cable cars should be seen as an opportunity as they can be an alternative in transport policy. They are used in many parts of the world and have a great economic advantage. The largest urban cable car network extends above the Bolivian capitol La Paz. It has ten lines and an overall length of 30 kilometres; every hour, 50,000 people can hover up and down the steep slopes of the Andean metropolis.[vii] Here, enormous results have been achieved for the accessibility of some parts of the city and social integration.[viii]

Urban cable cars are increasingly under discussion in Europe as well because they are a possible strategy for solving the problems of urban public transport in addition to their function as a tourist attraction. However, there must be differentiations in considering their usefulness. In South America, social aspects and the minimal accessibility of certain areas are to the fore whereas in Europe, they are a sustainable way of optimising, or the sensible extension of an already highly developed urban public transport system. 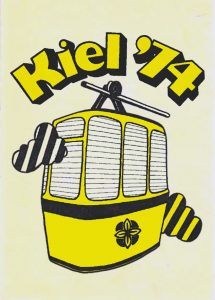 However, it’s worth applying innovative thoughts here. Given the possibility of quick construction and the fact that the good connections of the transport system have an influence on the price of property far from irrelevant, there is an opportunity for co-operation with the property development sector, giving room for a contribution to the innovative financing of urban public transport.[ix] In addition, the chance for urban development policies with private partners[x] would also arise.

In several German towns there are projects, at different stages of development, for the construction of urban cable car systems supplementing the existing local transport.  Germany has also set the legal framework for the construction of urban cable cars and, since last year, public subsidies can be obtained for cable cars used in urban public transport.[xi]

This has paved the way for the inclusion of cable cars in the standard checks of options for investments in urban public transport. As to date there is little experience with urban cable cars, hence is the need arises for design templates and standards to guide public administrations and the specific designers.

Cable cars will only have the chance of capturing the market if they have a positive result in a direct comparison with buses, trams, undergrounds or urban railways. Urban cable cars can’t solve all types of traffic problem – they also have their limitations, for example, speed.

On routes of more than seven kilometres, buses or trains are usually faster than cable car cabins. Another critical topic is finding the routes. There aren’t many critical points when a cable car passes over areas designated for traffic or industrial zones. However, as soon as planning includes private land, there is a risk of conflicts of interest around each corner.

Integration into the overall system

Urban cable cars can be a useful complement to urban public transport only if the interchange between means of transport works perfectly from the technical and organisational points of view.[xii] On this, it’s important to include multi-modal hubs right from the first stages of project development.

The engineers of the RWTH Technical University of Aachen (Aquisgrana), Germany, have designed an innovative solution. The upBus[xiii] combines the advantages of the cable car with those of a driverless electric bus. Instead of changing means of transport, passengers simply stay seated. At critical points, the cabin is automatically raised from the chassis and soars upwards, hanging from the cable. A new chassis is waiting at the end of the cable car stretch and the route continues on wheels. There is already a prototype and a pilot test is planned for 2023. 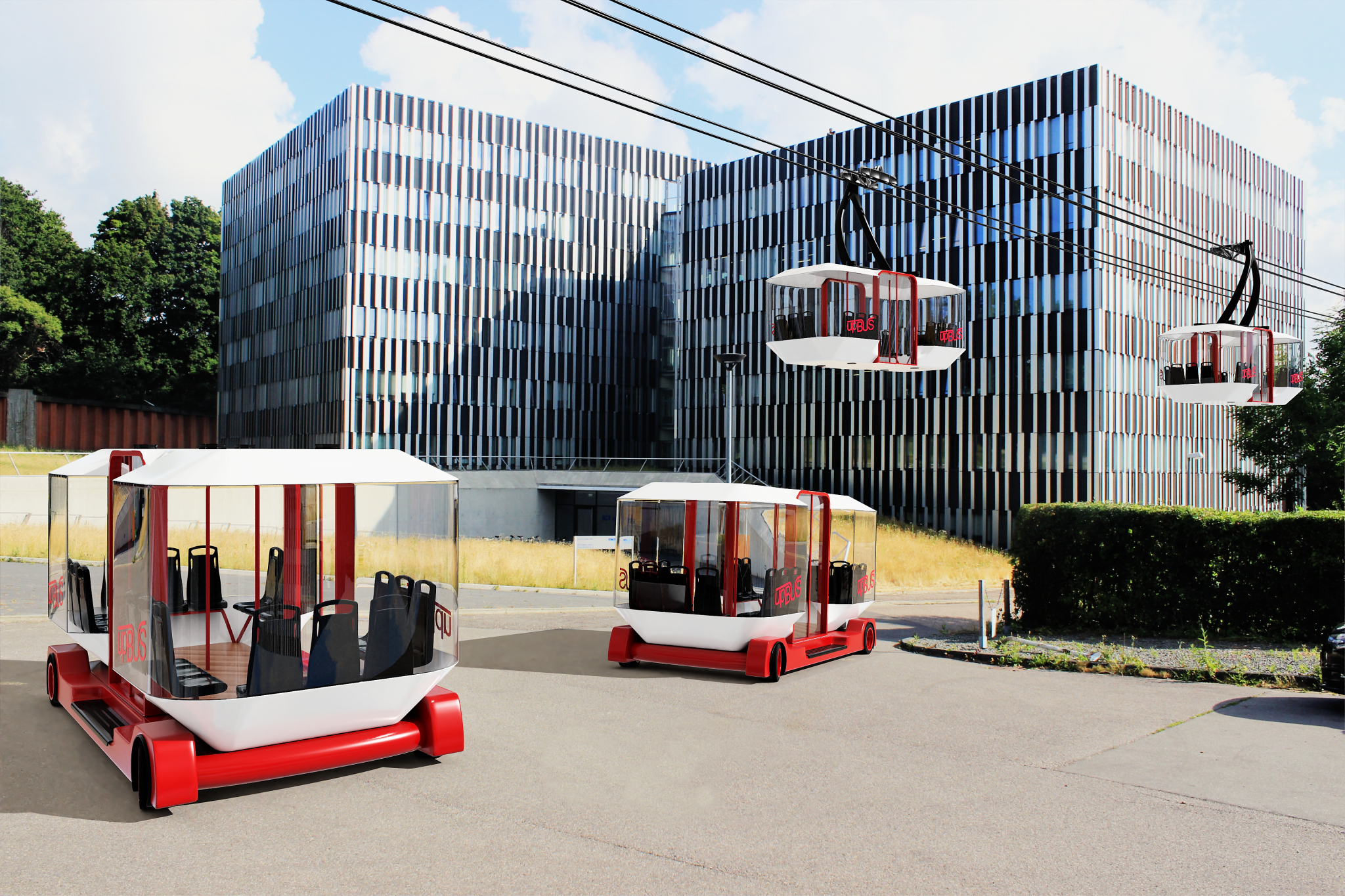 Fascinating developments are predicted, and it is to be hoped that the checks on the extension of transport systems are carried out without exclusions, including all the criteria like the time between the end of design and the first trip! The user’s needs shouldn’t be forgotten either. The choice process should also include the fact that a means of innovative transport can be more attractive and new passengers will possibly be motivated to abandon private cars to the advantage of more environmentally-friendly means of transport.

Gisela Gräfin von Schlieffen is an economist and also urban and regional manager. Since 2000, she has worked for Rhein-Main Verkehrsverbund, the Regional Transport Authority in the Frankfurt-RheinMain region, Germany. Her passion is to create mobility services based on the users’ needs; she is currently engaged with the mobility management sector. In addition, she is Marketing & Membership Director at the Association for European Transport, the body organising the ETC, the largest conference on European transport.