The pandemic as a workshop to rethink mobility

The effect of the containment measures on transport

-95% ! this is the effect on the number of passengers on public transport of the emergency measures adopted by the Italian government in the first phase of the COVID-19 epidemic. [1]

On the other hand, it couldn’t be any different at a time of total lockdown, and Italy was the country which adopted the longest quarantine – 70 days, 85 for the businesses considered most at risk. 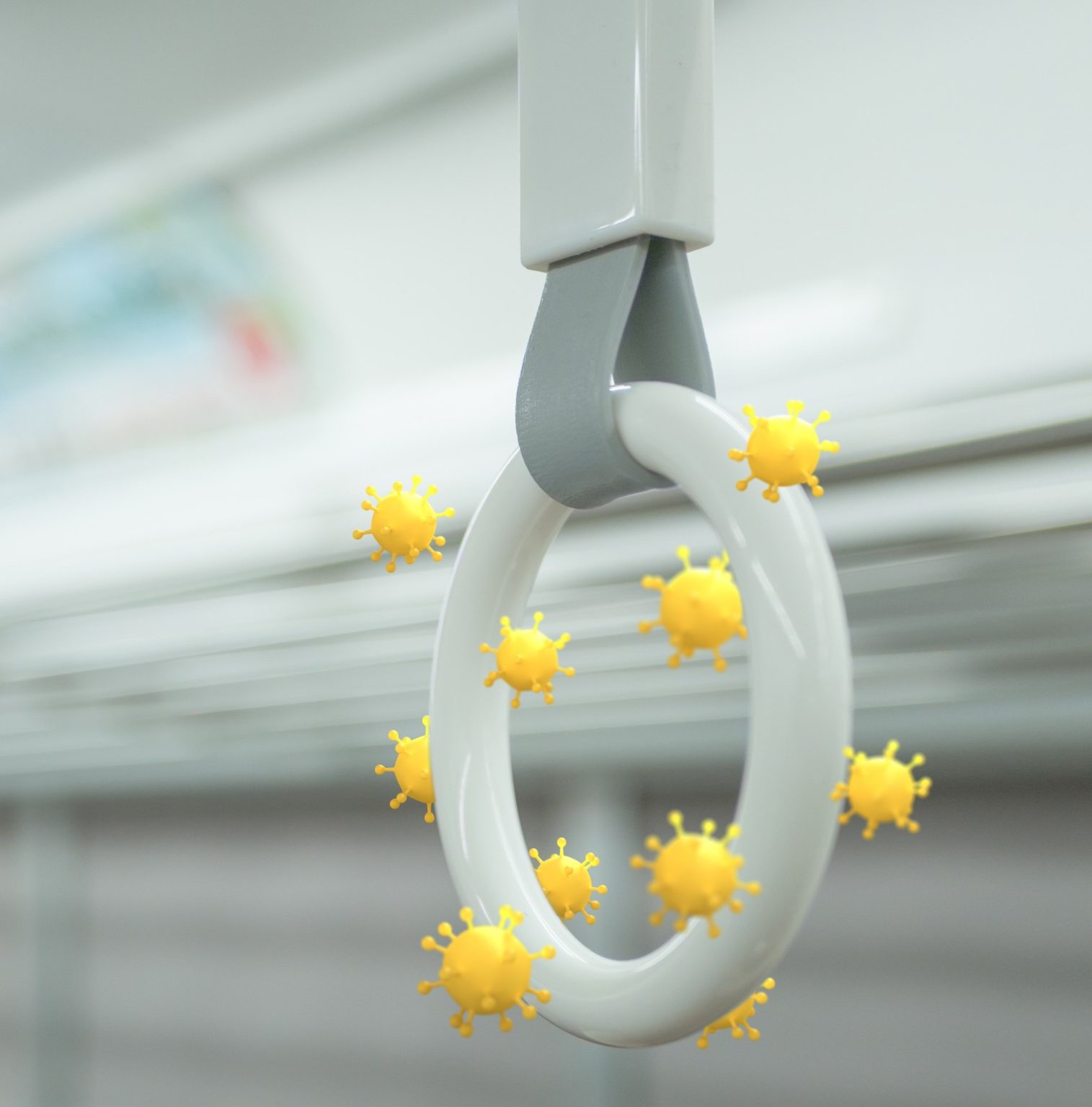 Social distancing has perceptively marked public transport as impure, a feeling now waning but which could return if there was a new wave of the epidemic (Image by 123rf @2020)

Once quarantine was over, Phase 2, according to the provisions of the Prime Ministerial Decree of 26 April, and the (many) subsequent amendments, for transport meant maintaining a distance of at least 1.5 metres between passengers, effectively a net reduction of 70% in transport capacity.

In the following weeks, the regulations on the use of means of public transport were slowly eased – the minimum distance indicated as being safe was reduced to 1 metre and, in the middle of June, ASSTRA  [2] started asking for the elimination of the distancing measures, obviously where the epidemiological conditions allow. The autonomous provinces of Trento and Bolzano were the first to reopen access to all available seats on means of transport and they were followed [3] by Veneto, Liguria, Emilia-Romagna and Sicily. Road public transport hasn’t done other than follow the easing of the distancing measures applied by air transport which had immediately rejected the idea of leaving at least one row empty every two occupied rows. Such a measure would have made air travel financially unsustainable.
However, the loss of passengers weighs on the whole transport sector and, beyond the decisions strictly related to social distancing, a series of factors conditioning decision-making, like boundary conditions, started:

1) The price of petroleum is at its lowest ever level.

Financial effect: in May, futures on the WTI 4 had a negative price. To put it simply, stocks were the highest ever and producers were prepared to sell cheaply as long as they could empty their warehouses.

Geopolitical effect: since the beginning of July, the Kingdom of Saudi Arabia has been forced to increase VAT from 5 to 15% and, for the first time since the country became an oil-exporting country, block aid to citizens in an attempt to reduce public expenditure to contain the widening of the state budgetary deficit.

Local effect: public transport companies have asked for the suspension of the obligations concerning the purchase of ecologic vehicles as per the MIT-MEF-MISE Decree of 19 December 2019 for the implementation of the National Strategic Sustainable Mobility Plan.

with the best economic forecasts that ‘only’ speak of a partial rebound of +4/6% in GDP for 2021. 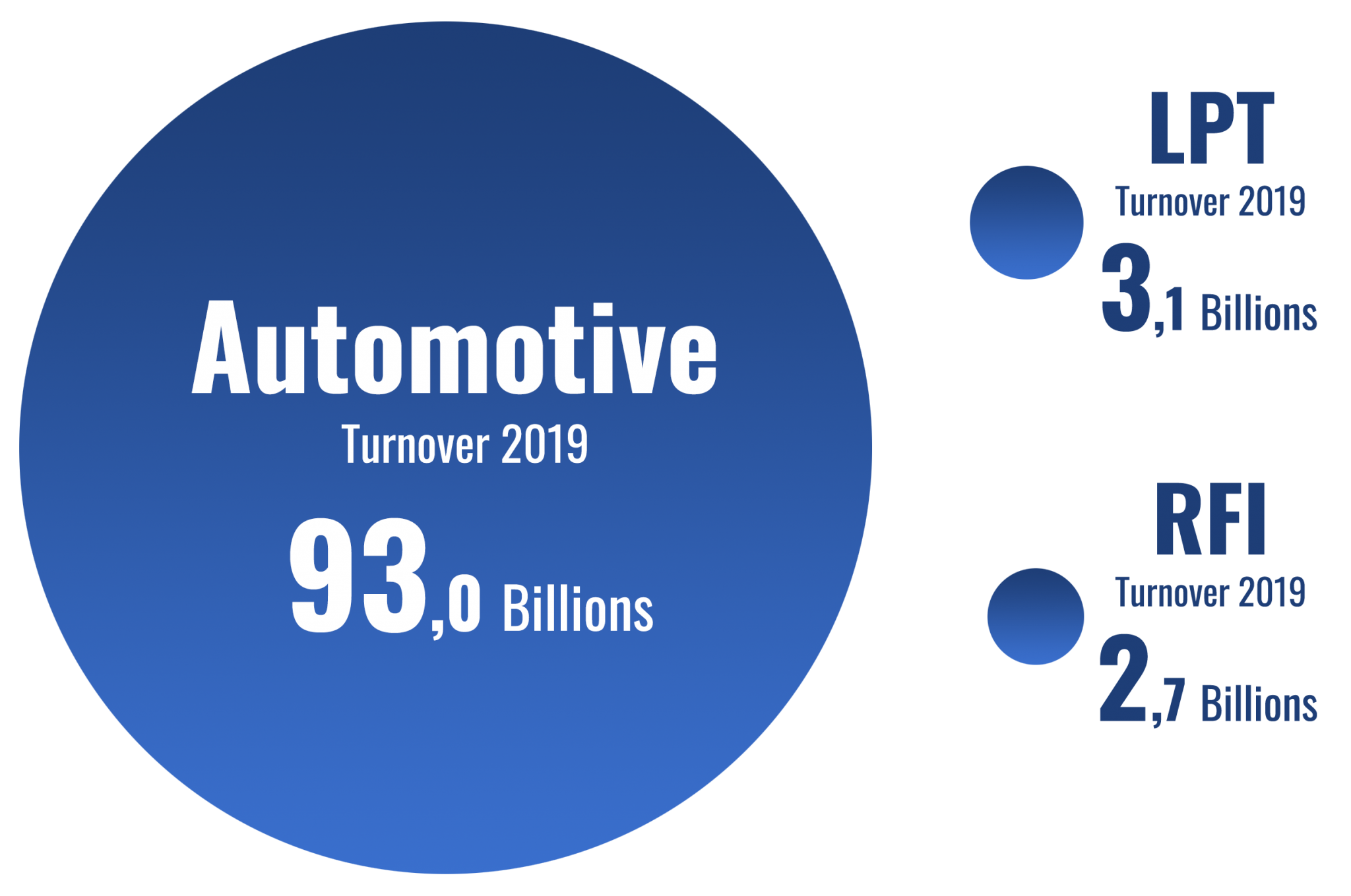 The power relationships in mobility are an anything but negligible factor

The Local Public Transport (LPT) sector loses 130 million a month in Italy. An additional allocation of 2 billion to that set out in the Economic Planning document will be needed for 2020.

The automotive sector has suffered a collapse of 98%. Producers are asking for a car saving fund of 3 billion and a revision of the current eco-bonus through the introduction of the third band (CO2 emissions of 61-95 gm/km) and an increase in the unitary incentives on the second band (CO2 21-60 gm/km) with an extension of the fund to 2021.

The overall size reached of the private and public mobility sectors is not something to ignore in the definition of an agenda for the restart, particularly in the division of the resources to recover the ground lost in the last few months.

The first lesson of the COVID-19 epidemic is that collective transport needs to be more modulable and adaptable, and concerns both extraordinary phases, such as the one we’re currently experiencing, and ordinary ones. The only current response to the quantity and quality of weekly and seasonal variations in travel demand is the remodulation of frequency. As local public transport always has to mediate between the obvious need to contain costs, it’s always compressed between a perennially inadequate offer for working day rush-hours and an excessive service (paying empty seats-km), always not very attractive in relation to the different needs of users, in the less-used times and on holiday days.

We know from the ‘all-or-nothing’ models created by the Urban Mobility Lab of MIT in Boston that the complete replacement of local public transport (and private transport) in business-as-usual situations with fleets of auto-drive vehicles would lead on one hand to a drastic reduction in the accident rate but, on the other, an increase in the vehicles in circulation by a factor of between 10 and 20%. In a completely natural way, the need to increase the capacity of the most-congested sections by returning to shared seats is brought up again. There will be the requirement to contain energy consumption and the impact of mobility, to take better advantage of spaces and so the roads. Therefore, public transport is a natural need and so will continue to have a future [7], but in what form?

It will necessarily be a public transport different from the one we’re used to, and the experience of COVID-19 tells us that we must bring this transformation forward. The challenge is to design an offer of service able to adapt to different operational scenarios whether ordinary (working days, holiday days, non-term times for schools, and important events) or extraordinary (epidemics like the current one but also sudden fluctuations in fuel costs with increase of demand for shared transport, adverse weather conditions, etc.). A remodulation of the service that is also physical must correspond to these scenarios:

Points for reflection for a different internal layout of public transport, for distancing purposes (

Times of crisis always have two sides – the difficult one of the event but also the hope for a change. Forcing business-as-usual to put the brakes on retains the embryo of reflection – if nurtured it may blossom into a discussion, certainly far from easy, to build less dystopic development models than the pre-crisis ones [8]. Models which basically have, more or less directly, generated the crisis.

We’ve taken for granted some paradigms that have led to technical solutions that are generating problems we hadn’t thought of. For example, the search for accessibility has led to the adoption of the completely lowered floor forcing buses to have a compressed often contracted architecture (of the engines) which requires constant and careful maintenance. This has triggered a greater propensity for the grease accumulated where it’s difficult to reach, except with mechanical arms for ordinary cleaning previously done by hand, to catch fire, and a reduction of the space on board.
The result: an old Inbus 201 had steps to get on/get off and 92 seats (counting 4 passengers per square metre). A modern urban bus 12 metres long with a lowered platform has 25% less because of the bodywork and 75 seats (about 20% less). Following the ministerial guidelines for safe transport in Phase 2, an Inbus 201 could have transported 25 people and a modern bus 15 (-40%). Another topic, the old Inbus with open windows ensured a natural air exchange of about 0.30-0.50 m3/minute (fully laden). A modern bus has large sealed windows, consumes 15% more for the air treatment system and, in the current situation, has a problem seeing that, to avoid stagnation of the SARS-CoV-2 virus that may be in a closed environment, correct and constant exchange of air from outside is necessary.

Public transport has a future but it has to show that it’s safe, welcoming and, no less, attractive (image by 123rf @2020)

Points for the future

The emergency created by the new Coronavirus is really testing the resistance of local mobility systems. This applies to both the large, forward-thinking European metropoleis and the smaller Italian towns. In the end, the cities with governance previously able to create a vision will come out on top. Planning and programming are the only elements able to ensure the resilience needed to deal with both the structural weaknesses typical of many Italian towns and the challenges of an increasingly complicated world – from COVID-19 to the requests of a global market which has turned the old discussion between states into a koine of cities perennially challenging each other to introduce themselves as the most tempting place to open a new administration centre, a new point of sale or a new research centre.

In this sense, Phase 2 could be read as an anticipation of the future – should we wait for the return of the usual mobility tied to two unsustainable points and similar non-remunerative ‘soft’ phases or structure a mobility based on the complementarity of timetables? Should we all move all over or can we also imagine a ‘Plan-15’ for Italy like the one Anne Hidalgo suggested for Paris with essential public services within a 15’ walk or bike ride for all inhabitants.

The time has come for Urban Planning (forgotten) to re-appropriate the tools of Transport Planning. And it really is the case to ask “If not now, when?”, considering that Italy has been waiting for a new urban planning law [9] since 1942.

[1] See the FCD data made available by Google or Apple

[3] The updated situation of regional orders

[4] West Texas Intermediate or Texas Light Sweet, is the type of petroleum produced in Texas used as a benchmark for the definition of the price of petroleum on the futures market of the New York Stock Exchange.

[5] The forecast from ISTAT for june

[6] The forecast from the European Commission for july

[7] A question anything but rhetorical for many. So many have wondered that, in the United States, groups are springing up for the suspension of projects for trams and underground railways in favour of the cars of the future.

[8] A glaring example – the planetary lockdown (anthropause), may have been the largest act of animal conservation ever made by humans, saving millions or possibly billions of specimens. In North America alone, it’s been estimated that about one million animals are killed on roads every day.

[9] Or better, a law empowering the government of the territory

Andrea Spinosa was born in 1975 and graduated in Construction Engineering-Architecture with top marks in 2004, specialising in land planning and transport design. He is a researcher and presenter of information on the building process, referring specially to infrastructure works and mathematical methods applied to engineering. He is concerned with the analysis of solutions able to valorise available resources containing environmental and social externalities. Since 2009, he has been technical manager of CityRailways.com, a webzine discussing best practices for mobility and the sustainable development of cities.