Photo by Karsten Würth on Unsplash

Significant experiences in Italy and Europe

In an era of climate change, every little initiative has a value, both symbolic and substantial, especially since the Paris Agreement on climate action, as a result of which 195 countries committed themselves to intensifying efforts to limit the increase in global temperatures to 1.5°C and implement policies to reduce emissions.

Società Iniziative Locali S.p.A. (‘Sinloc’), a company operating in both consultancy and investment, on the creation of local infrastructure, is one of the various agents of change making its contribution towards ‘zero emissions’. It fulfils this objective committing itself to energy saving projects and investment in the environmental and water sectors.

To that effect, the company has developed two initiatives that are worth mentioning, the first of which concerns Ferrara and its province. 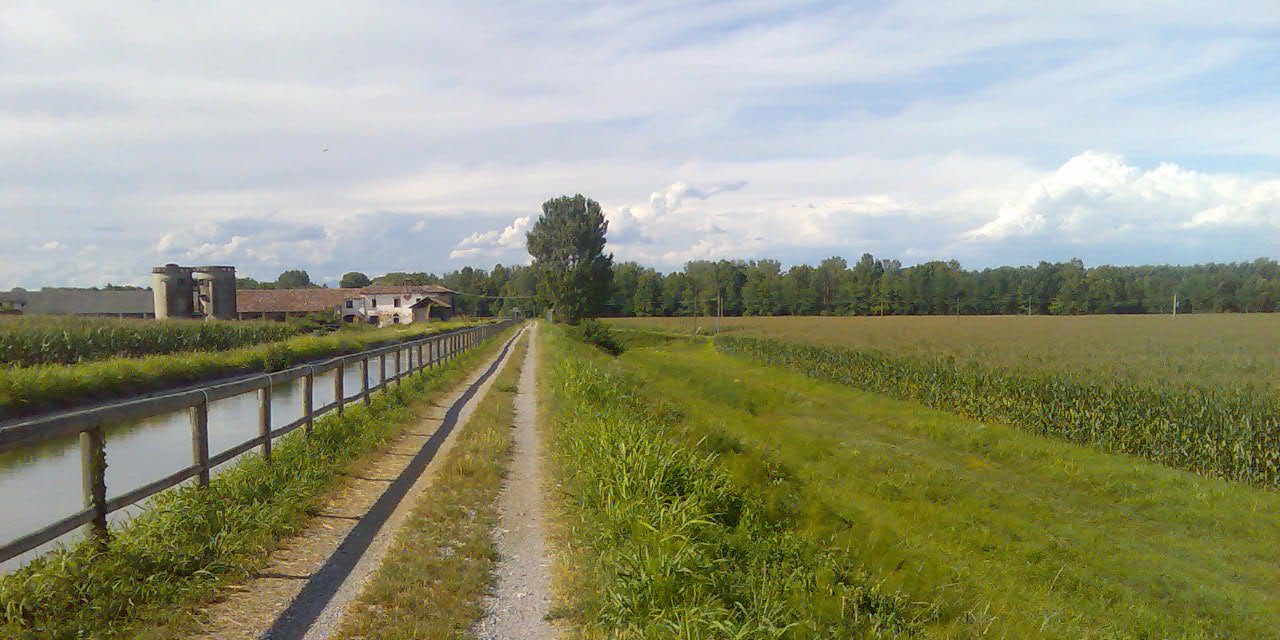 View of rural landscape in the Po Plain – Image from Wikipedia

The project ‘Metropoli di Paesaggio’ (landscape metropolis), concerns the province of Ferrara – in the middle of the Po Plain, an area with many waterways and cycle paths (640 kilometres) but oppressed by mobility almost exclusively linked to use of the private car. In this context, Sinloc supports AESS of Modena which, with other public and private partners, has joined EIT Climate-KIC, the European group set up to spread knowledge and innovation to fight climate change, in promoting companies based on the circular economy and ‘zero-carbon’. Metropoli di Paesaggio is a project which aims to create an intermodal network of sustainable mobility in the province of Ferrara in an overall area of about 1500 square kilometres with more than 200,000 inhabitants. It’s a geographic area where the land and water ways can be connected to create an infrastructure of sustainable transport systems. One of the aims of the project is the valorisation of the landscape, to promote the development of underpopulated areas through increasing the accessibility of Ferrara with a connection between the edges and the centre of the province.

The pilot project will be developed in an area around the Municipality of Ferrara, promoting the creation of a multimodal network of passenger transport. The wider view of the project is, however, based in the province, in an area outlined by the municipalities of Bondeno, Portomaggiore, Porto Garibaldi and Copparo. This area is currently served by a mix of transport systems – railway and bus lines and transport on waterways and cycle paths. The services offered are widespread but not yet adequately organised and distributed – despite the range of the offer, the province is marked by a high level of congestion on the transport lines on the roads around Ferrara and a progressive depopulation of outlying areas. Four operations are planned to create an intermodal system of sustainable mobility:

The Sinloc study estimates that of about 1 million journeys a year, in 10/15 years, with a constant replacement rate between private transport and the ‘Metropoli’ system, 7% of inhabitants could be converted to new forms of ecologic mobility, with undoubted environmental and energy benefits. A small step nationally and an even smaller one globally but nevertheless significant for the results that could be achieved with only modest investment. 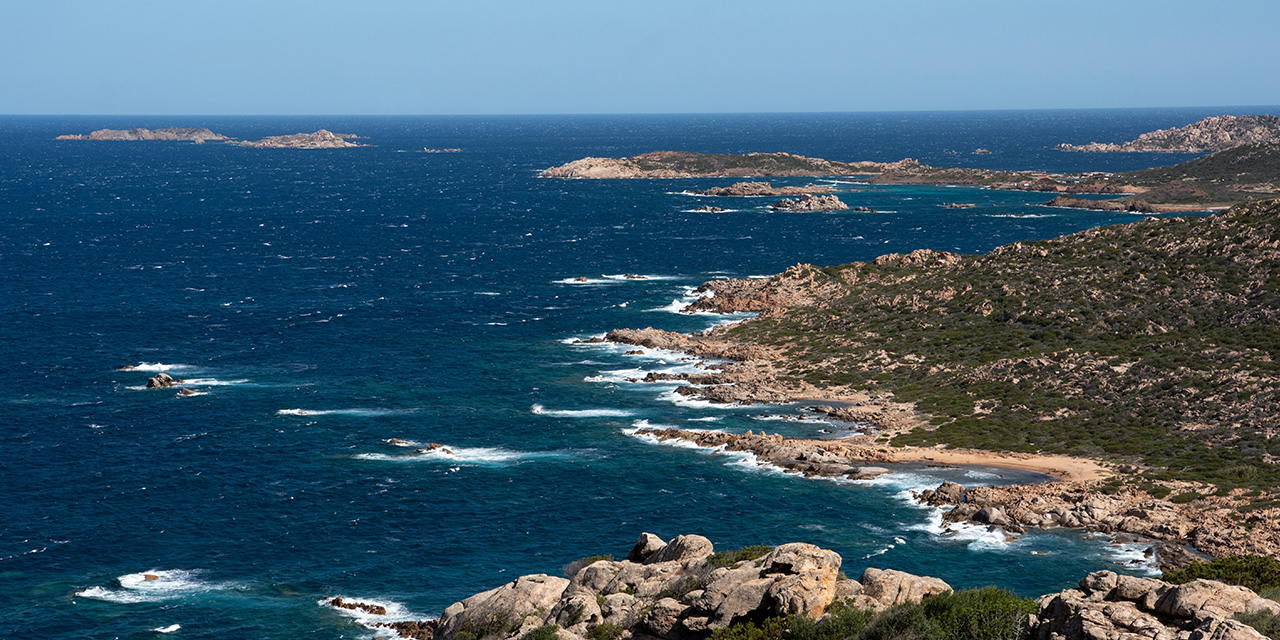 The Maddalena archipelago in Sardinia – Image by Zsuzsanna Tóth from Pixabay

The second project involving Sinloc’s positive commitment on the environmental front takes its name from an ancient Greek goddess and has a wider European and Mediterranean application. Named ‘NESOI’, the acronym of ‘New Energy Solutions Optimised for Islands’, the project has obtained financing from the European Commission. Sinloc will head a consortium which should support the conception and implementation of projects on renewable energy, energy efficiency and the creation of energy infrastructure in European islands, over a period of four years. Thus, the impact will also be relevant for Italy and, in particular, its islands, large and small. NESOI is targeting new and better forms of energy to liberate the potential of EU islands and turn them into the engines of European energy transition. It will channel investment in the green energy sector to the 2,400 inhabited islands in the Union, offering them the opportunity to test innovative energy technologies and approaches, competitive in cost terms.

The NESOI tool will work closely with the Clean Energy for EU Islands Secretariat, providing local administrations with training, technical support, co-operation and financing opportunities for the real conversion of ‘action plans for the sustainable energy of the islands’ into renewable energy sources, upgrades of building and energy infrastructure, reduction in energy bills and the creation of local employment, etc. To achieve this aim, NESOI will build a digital and physical platform able not only to provide financing for the energy transition plans but also be a meeting point for the islands where ideas and effective organisational, technical and financial tools can be found for the whole value chain of the project. NESOI has set up a consortium of companies where Sinloc, as co-ordinator, will make both its analytical and financial skills and experience in the management and facilitation of access to European funds available. NESOI intends to mobilise more than Euro 20 million in investments in sustainable energy through the platform by 2023, leading to expected savings of primary energy of 440 GWh a year.

In other words, a winning initiative for both sides – for the 2400 islands involved where, today, energy is costly, pollutant, inefficient and almost always dependent on external supplies. EU islands will thus have the chance to work together for stable, more economic and cleaner energy, to promote self-sufficiency and the fight against climate change, whose effects are stronger on islands because, for example, of coastal erosion or the scarcity of water. For investors and energy professionals, as the forecast is that the sustainable energy market will grow at an annual rate of 7.5%, to exceed a billion billion (a trillion) dollars in the coming years, driven by the growing world economy, sustainable agriculture programmes, greater social awareness, higher incentives and greater cost competitivity over time.

Andrea Martinez has been Deputy Director General of Sinloc S.p.A. since 2016 after being head of the Advisory and Investment Business Unit from 2009. He has 30 years’ professional experience and held positions of increasing responsibility in Prometeia S.p.A. In detail, he was Senior Manager, initially as Offer System Development Manager and then head of the Commercial Planning and Marketing Banking Business Unit from 2002 to 2006. He sits on the Board of Directors of various companies in which Sinloc has a holding and has been a member of the Steering Committee of the Green Building Council Italia since 2014.