Views, models and opportunities for the requalification and development of the area

The Engineer in the age of the Digital Disruption

Engineering is facing a new disrupting challenge – the digital transformation is amplifying more and more the importance of new technologies and placing the limelight on new skills in this field too.

For centuries, engineers have been familiar with solving complex problems, adopting the best solutions through critical thinking and a creative attitude. Nowadays, technical progress offers a huge variety of tools and customised digital solutions that allow us to perform our work in a way that goes far beyond our expectations. A scenario that will have a profound impact on our future and it can’t be taken for granted that the impact will be positive. However, we may find decisive help by turning our eyes to the past…

This year marks the 500th anniversary of Leonardo Da Vinci’s death. Everyone knows his multifaceted genius that manifested itself in all fields of human knowledge (from painting to sculpture, medicine, anatomy, astronomy, geometry, botany, etc.).

Perhaps, the ‘Engineer’ Leonardo is less well-known so I specifically want to highlight this aspect, focusing on his military engineering skills above all.

When he was just 30, Leonardo illustrated his abilities in this field offering his ‘design services’ to Ludovico il Moro, Duke of Milan, the city where he lived from 1482 to 1499, in a letter:

The skills of Leonardo da Vinci (Letter to Ludovico Sforza)

My Most Illustrious Lord,
Having now sufficiently seen and considered the achievements of all those who count themselves masters and artificers of instruments of war, […] I shall endeavour […] to make myself understood to Your Excellency for the purpose of unfolding to you my secrets […]

I have plans for very light, strong and easily portable bridges with which to pursue and, on some occasions, flee the enemy […]

I know how, in the course of the siege of a terrain, to remove water from the moats and how to make an infinite number of bridges, mantlets and scaling ladders and other instruments necessary to such an enterprise.

I have also types of cannon, most convenient and easily portable, with which to hurl small stones almost like a hail-storm; […]

Also, I have means of arriving at a designated spot through mines and secret winding passages constructed completely without noise, even if it should be necessary to pass underneath moats or any river.

Also, I will make covered vehicles, safe and unassailable, which will penetrate the enemy and their artillery, …

Where the use of cannon is impracticable, I will assemble catapults, mangonels, trebuckets and other instruments of wonderful efficiency not in general use […]

And should a sea battle be occasioned, I have examples of many instruments which are highly suitable either in attack or defence, and craft which will resist the fire of all the heaviest cannon and powder and smoke.

In time of peace I believe I can give as complete satisfaction as any other in the field of architecture, and the construction of both public and private buildings, and in conducting water from one place to another.   […]

And if any of the above-mentioned things seem impossible or impracticable to anyone, I am most readily disposed to demonstrate them in your park or in whatsoever place shall please Your Excellency, to whom I commend myself with all possible humility.

It is really interesting to underline Leonardo’s willingness to put himself to test and concretely demonstrate his abilities. His bold attitude really shows self-confidence and courage! At that time, designers who made mistakes risked much more than a simple penalty clause…

If we add some other information to this ‘ante-litteram’ CV, like the project for the Bosphorus Bridge with a 300 m span, we can assume that there was already practically everything in Leonardo. There is really nothing more to be invented in the field of engineering, so much so that if we were hypothetically able to teleport Leonardo into our age, he would certainly solve all of our problems.

Of course, during his training, a special role was also played by the theories of Vitruvius (80 BC-15 BC) and his renowned triad, ‘utilitas, firmitas, venustas’ (function, stability and beauty), which encompasses the essential elements of every valuable construction (the famous Renaissance depiction of the ‘Vitruvian Man’ is by Leonardo). 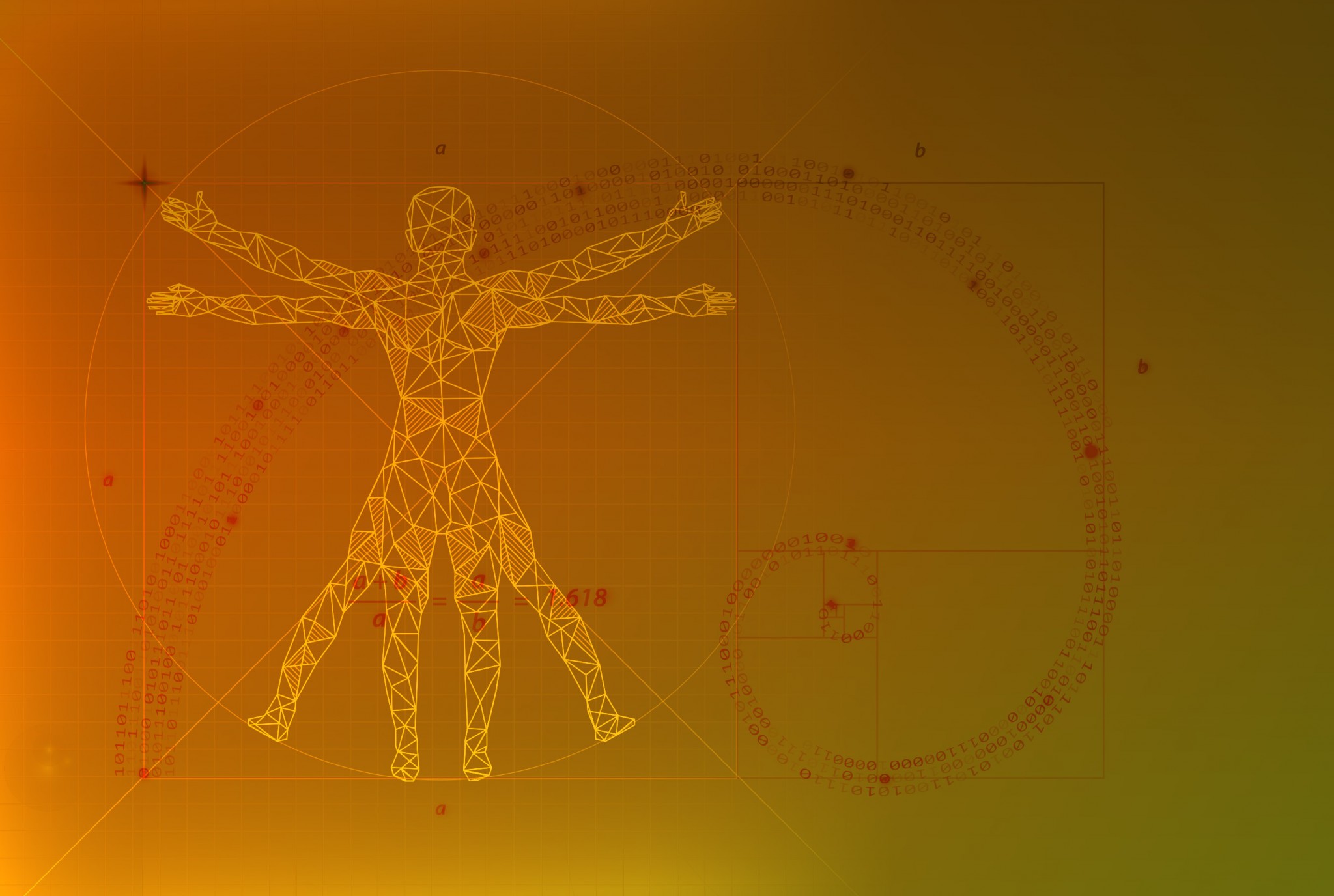 Where are we today compared to Leonardo?

However, our contemporary world is very different from Leonardo’s. Today, we have many technological improvements – special materials, sophisticated and powerful software tools and applications, etc. in addition to a complex mosaic of scientific theories.

As I said at the beginning, an extraordinary digital revolution is changing the entire world and in particular our engineering world, pushing us to contend with increasingly ambitious challenges. This powerful complex of scientific-technological devices can really do a lot to facilitate our work as engineers but it could also induce a dangerous sense of omnipotence.

The risks of the Digital Disruption

What are the risks of this fast-changing scenario? Apart from security and privacy concerns, the difficulties due to the implementation and integration of new technologies, cost issues, etc., I’d like to focus on strictly cultural and intellectual aspects.

We have to be careful – there are things that even the most sophisticated technologies can’t do, and those who believe in their omnipotence could face a tragic delusion. We are underestimating the risk of becoming slaves of the tools that we ourselves have created, instead of dominating them, forgetting that Man must always be at the centre.

At the centre, Man

This is a thought that goes back a long way so it’s now time to turn our eyes to the past once more, going back 2500 years to the Greece of Socrates and Plato. As a result of prodigious prophetic abilities, these philosophers seem to have already envisioned and fully understood the risks of overconfidence in technology.

On this, I would like to refer to a passage taken from Plato’s ‘Phaedrus’ dialogue, in which Socrates tells a short legend about the invention of the alphabet, which is universally recognised to date as humanity’s greatest invention.

In brief, the story recalls a ‘mythical’ conversation between the Egyptian god Theuth, inventor of the alphabet, and the Pharaoh Thamus about what is good or bad in writing. Theuth emphasises his discovery of alphabet as a remedy for memory, while Thamus responds that its true effects are likely to be the opposite because, without the living dialectic of the ones with real knowledge, future generations will read a lot without being properly taught and will appear wise without being so.

An excerpt of the dialogue from Phaedrus
(full text available at  http://classics.mit.edu/Plato/phaedrus.html )

Socrates: At the Egyptian city of Naucratis, there was a famous old god, whose name was Theuth; the bird which is called the Ibis is sacred to him, and he was the inventor of many arts, such as arithmetic and calculation and geometry and astronomy and draughts and dice, but his great discovery was the use of letters. Now in those days the god Thamus was the king of the whole country of Egypt; and he dwelt in that great city of Upper Egypt which the Hellenes call Egyptian Thebes, and the god himself is called by them Ammon. To him came Theuth and showed his inventions, desiring that the other Egyptians might be allowed to have the benefit of them; he enumerated them, and Thamus enquired about their several uses, and praised some of them and censured others, as he approved or disapproved of them. It would take a long time to repeat all that Thamus said to Theuth in praise or blame of the various arts.

But when they came to letters, This, said Theuth, will make the Egyptians wiser and give them better memories; it is a specific both for the memory and for the wit.

Thamus replied: O most ingenious Theuth, the parent or inventor of an art is not always the best judge of the utility or inutility of his own inventions to the users of them.  And in this instance, you who are the father of letters, from a paternal love of your own children have been led to attribute to them a quality which they cannot have; for this discovery of yours will create forgetfulness in the learners’ souls, because they will not use their memories; they will trust to the external written characters and not remember of themselves. The specific which you have discovered is an aid not to memory, but to reminiscence, and you give your disciples not truth, but only the semblance of truth; they will be hearers of many things and will have learned nothing; they will appear to be omniscient and will generally know nothing; they will be tiresome company, having the show of wisdom without the reality.

The parallelism with our world of computer science, the ‘new alphabet’ of the Internet and Orwell’s ‘Big Brother’ is so fitting as to be almost disquieting. The admonition of Thamus (Socrates) must be kept firmly in mind, especially in the contemporary world and the near future.

We must learn to distinguish between ‘informative chaos’ and true ‘knowledge’, we must move from the surface to the depth of ourselves, facing the effort of study and analysis. This is the only way to avoid the dizziness caused by the chaotic avalanche of information we are constantly subjected to at the press of a button on our digital devices.

All mankind but, in particular, the engineers of today and tomorrow, can’t do without this inner cultural richness. The engineer of the 21st century must become a ‘magic mix’ of art, science and experience so that they can dominate the powerful and amazing tools available.

Therefore, the ‘new engineer’ must be a ‘humanist of the digital era’ so that works can be created that become a legacy of value for future generations. 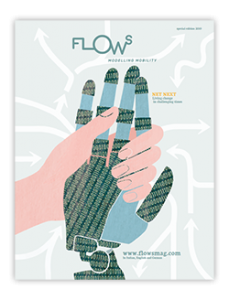