Bike paths to improve environmental conditions in cities and urban…

The situation in Germany
Editorial

The complexity of the context

A discussion between designers

New bridge over the Ticino River at Oleggio.

Landscape, a bridge between past and future

Sustainability, an essential resource for designing the landscape and planning the infrastructure – the bridge over the Ticino at Oleggio.

Landscape, as indicated in the European Landscape Convention, is a strategic resource for the sustainable development of areas and that’s why, in the framework of the Community view on biodiversity, the European Union has undertaken to develop a strategy for green infrastructures as a tool for the planning and management of an area that requires an integrated, multi-disciplinary approach from regional down to local scale. Such an approach, shared and developed over the years by NET Engineering International as a vision able to orient a project towards works that redefine the relationships between the countryside and the work of man, has been applied in the most recent proposals, of which the new bridge over the River Ticino is an interesting example of project as an added value.

The proposal for the new bridge over the River Ticino is intended to be an opportunity to apply an innovative approach which, on one hand, gives an adequate response to the technical and operational problems of design. At the same time, it deals with the complexity of the surrounding area, which requires clear answers within a unified, multi-disciplinary strategy, able to reinterpret the regional features and functions and re-establish a positive balance in terms of liveability and environmental quality. The design choices are thus aimed at the definition of a system that integrates a new infrastructure with protection and the ecological strengthening of its area through a sustainable exchange between human development and landscape. The project is a variant to Strada Provinciale (Provincial Road) SP527 which sets out a new crossing of the River Ticino to replace the existing one, which is no longer suitable for the current features of the road. The SP527 is one of the main connections between Piedmont and Lombardy; in detail, the road connects the area of the Municipality of Oleggio in Novara province with that of the Municipality of Lonate Pozzolo in Varese province, immediately to the south of Malpensa airport.

The only artificial element in the whole project is the new bridge over the River Ticino, designed by Carlos Fernandez Casado Studio (owned by Javier Manterola) with NET Engineering, to flank the old Oleggio bridge, designed by Vincenzo Soldati in 1889. The bridge is one of the last items of ‘industrial archaeology’; it survived the Second World War which, however, caused the destruction of the iron bridges at Sesto Calende (1882) and Turbigo (1887). It is an example of the radical innovation in bridge construction techniques made possible by the use of iron from the second half of the 19th century and which still has a significant identity value for local communities and is a unique landscape landmark. 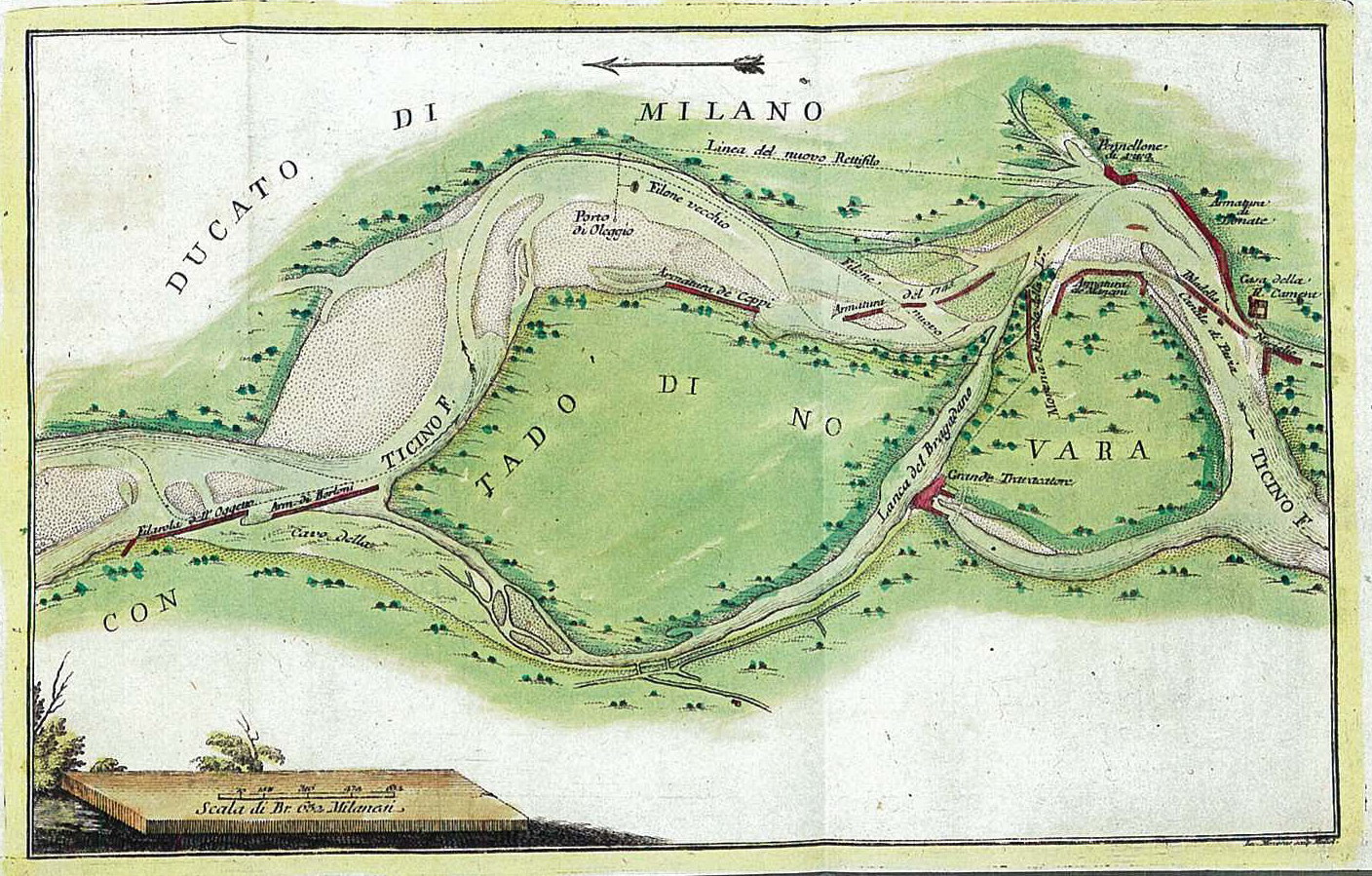 A design strategy inspired by the poetry of the landscape

The project lies between two large wooded areas centrally placed with respect to the course of the river and is intended to be a connection in the unique landscape of the Ticino Valley. A strategy to mitigate the effect of fragmentation of the area due to the development of production and to sustain the populations and species of the existing ecosystems, able to recreate the area and improve the perception of the locality, accompanying slow mobility users through the interpretation of the landscape from various points of view, informing them and gradually making them aware of the many qualities of the context. A landscape project, with flora and fauna biodiversity, that acts through species typical of the area which adapt well to the local climatic and geographical conditions, and is able to intervene positively on the fauna of the area, particularly when the effects of fragmentation due to human intervention starts. An approach which takes its cue from the interpretation of the area to ensure the new project is in continuity with the existing landscape. This stage is an essential part of the design process. Design responses consistent with the environmental context have been elaborated beginning from the study of the features of the area, whose basics can be summarised in a strategy for the environmental mitigation works masterplan which sets out the operational guidelines in accordance with the three contexts indicated – the naturalness of the river and its banks, the vast wooded areas near to the project area and the agriculture in the wide plain that extends beyond the Ticino Valley. Thus, depending on the area, different strategies were proposed for the green works with the intention of integrating them into the context and, in particular, activating synergic effects between them, increasing the overall value of the work compared to the simpler approach of reinstating the vegetation removed. The overall ecological value was the sum of the individual operations benefitting from the relationships generated between them, favouring the reconnection with the Regional Ecological Network of the Upper Piedmontese-Lombard Po Plain.

The creation of the work not only requires the temporary occupation of an extensive building site but also causes the definitive loss of the surface where the work will be built. As a result, two different approaches were examined to promote the natural component qualification process in the site area with a view to favouring the integration of the landscape with the existing habitats. Given the strategic role of the wooded areas along the River Ticino, an initial theory sees the planting of typical local flora species to create a wood where the dominant species is the English oak to recreate a wood environment where the density of trees increases from the outside towards the centre, fully respecting the existing sedge, ensuring the space better defined as ‘ecotone’ in ecological literature, i.e. a transitional area between two ecosystems, and more generally between two homogeneous environments. Following the guidance of the Ticino Protected Areas Management Agency, the technical possibility of reinstating the site area to ‘Lowland hay meadows’ which, unlike forest habitats, are far from common in Ticino Park and so of greater natural interest, was checked as a possible valid alternative. The aim is to safeguard a part of the area of great historic-cultural value, a semi-natural landscape created by man for the production of forage, symbol of cohabitation with the surrounding environment, to protect and rediscover.

A solution promoting the protection of fauna biodiversity

The site is also of considerable importance for its fauna. The River Ticino and the related wooded areas act as an ecological corridor for various animals such as mammals, amphibians and reptiles that live and feed in these habitats. A masterplan was proposed to protect this. It integrates the necessary improvements to the water system with the creation of ramps and animal underpasses with starter vegetation, where there is greater hospitality for the fauna, for the creation of infrastructure that supports the biodiversity which acts through locally typical species.

The work is also designed to be the focal point of a cycle touring itinerary aimed at connecting and valorising the environmental, historical and landscape excellences of the Ticino Valley. In addition to allowing enjoyment of a varied landscape, the main aim is to create a synergy with other local slow mobility routes to promote new forms of economy linked to sustainable tourism. The project sets out the creation of a cycle path, improvements to the itinerary through the inclusion of rows of trees and the implementation of the naturalness and landscape valorisation of the drainage ditches with the planting of wetland vegetation and cliff escarpments with untreated willow steps to protect the road embankment in areas that may be flooded.

The landscape-environmental project deals with how the inclusion of a new bridge in a place of great environmental value can be an opportunity to develop its social (bathing area in the holm along the river), economic (improvement of the road and bicycle-pedestrian connections) and cultural (protection and valorisation of the historic Oleggio bridge) contexts. Infrastructure that enables the River Ticino to be crossed safely, a tool that starts from the concept of connection and becomes a landscape sign, with the aim of going beyond what is visible, triggering new potential for the whole natural ecosystem it relates to. A concept of landscape architecture that doesn’t simply consist of the construction of a significant engineering work but sows the seed of an extended idea of project that can be of use and interest for the people who will use it. Therefore, a work intended to define a new relationship with both the natural and human contexts, offering the chance to transform an area through specific landscape and architectural choices that communicate, acting on the imagination and valorising the collective identity of a place. 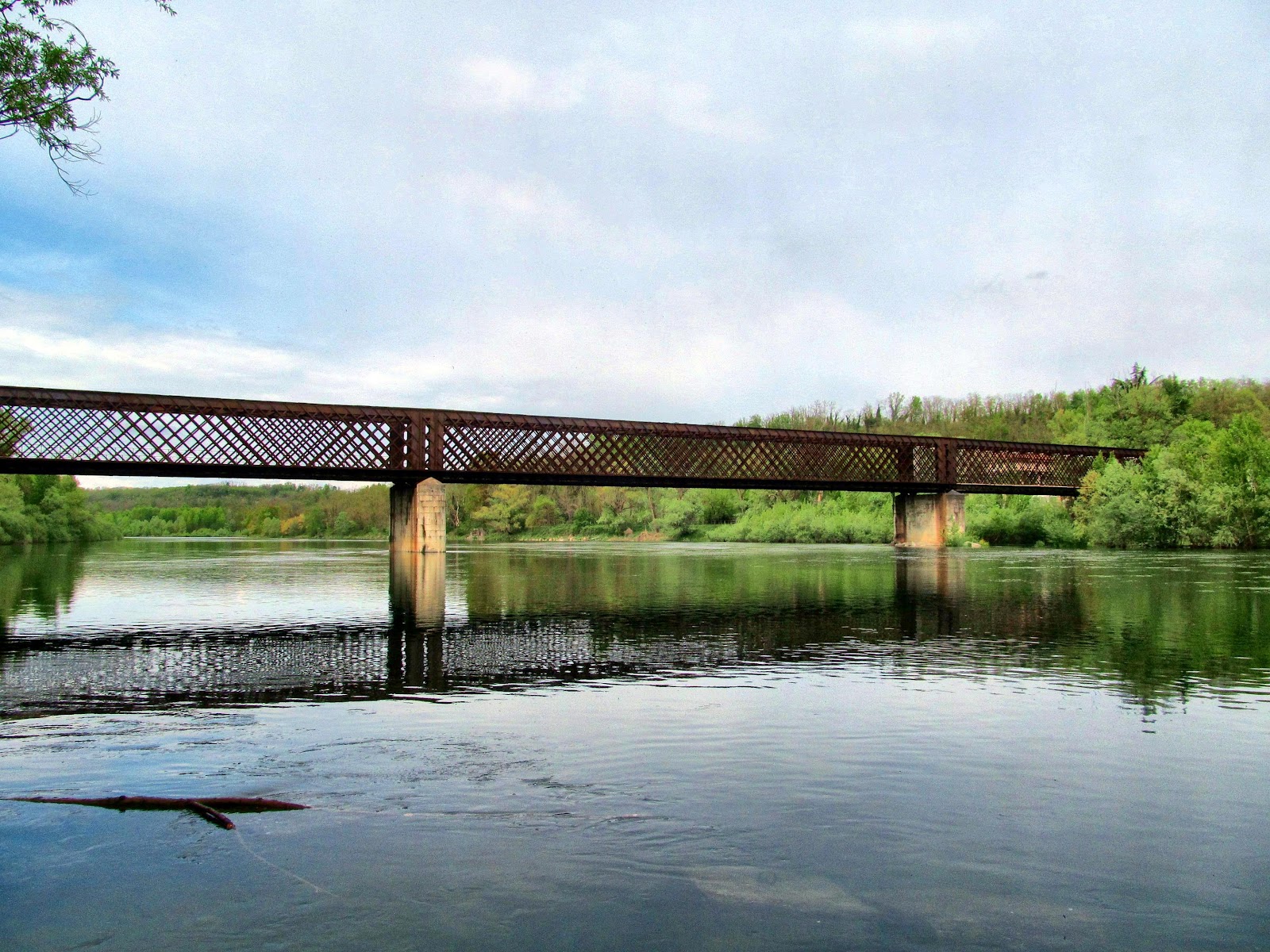 The old iron bridge over the River Ticino © Andrea Perotti

Giorgio Dal Pozzo is an architect concerned with Landscape and Environment with experience in the planning of green works from a regional scale to that of urban public spaces. He integrates landscape topics with sustainability linked to linear infrastructure for mobility through planning using the BIM method.

Andrea Pilli has a PhD in Environmental Sciences and consolidated experience in the analysis of regional systems, impact studies, land conservation and the planning of environmental mitigation/inclusion operations. In addition to having carried out research in the hydrogeological, geoarchaeological and remote sensing sectors, he was a temporary lecturer in the Faculty of Science of Ca' Foscari University, Venice, for several years. He has been an Envision Sustainability Professional since 2016.