Masterplan of the development project for the Bologna motorway hub

The development project for the Bologna ring road and motorway system

The experience of public discussion

The Bologna road hub is one of the most important regional and national infrastructure systems of the network; not only is it an attraction centre and generator of movements provincially and regionally but also one of the main interconnection points between the long-distance national and international lines.

The Bologna area, where three of the most important motorways in the country intersect – i.e. the A1 Milan-Naples, the A14 Bologna-Taranto and the A13 Bologna-Padua, is certainly one of the busiest hubs in Italy. The road system consists of the A14 motorway, intended for medium- and long-distance traffic, and the two carriageways of the ring road found on both sides of the motorway with many junctions connected to the ordinary road network of the city. Both the motorway and the ring road, designed in the 1960s, have two lanes plus the emergency lane per direction.

The growth in traffic in recent decades has shown more and more clearly the deficiencies in the levels of service of the ring road and motorway system in its current configuration. As a result, in 2016, in agreement with the Ministry of Transport and Infrastructure, Emilia Romagna Region, the municipality of Bologna and the metropolitan city of Bologna, Autostrade per l’Italia produced the preliminary development project for the system in situ, planning the creation of a carriageway with three lanes plus emergency per direction for both the A14 and the ring road. The ring road will become a four-lane carriageway plus emergency per direction in the central part near to the A13 which is busier.

The choice to develop in situ comes after the exclusion of many solutions which set out road links to the north and south of the city and is the result of a long discussion with the establishment over recent decades. The aims that the operation intends to achieve are on one hand an improvement in circulation and road safety and, on the other, better structured regional and landscape inclusion of the work in the metropolitan context. 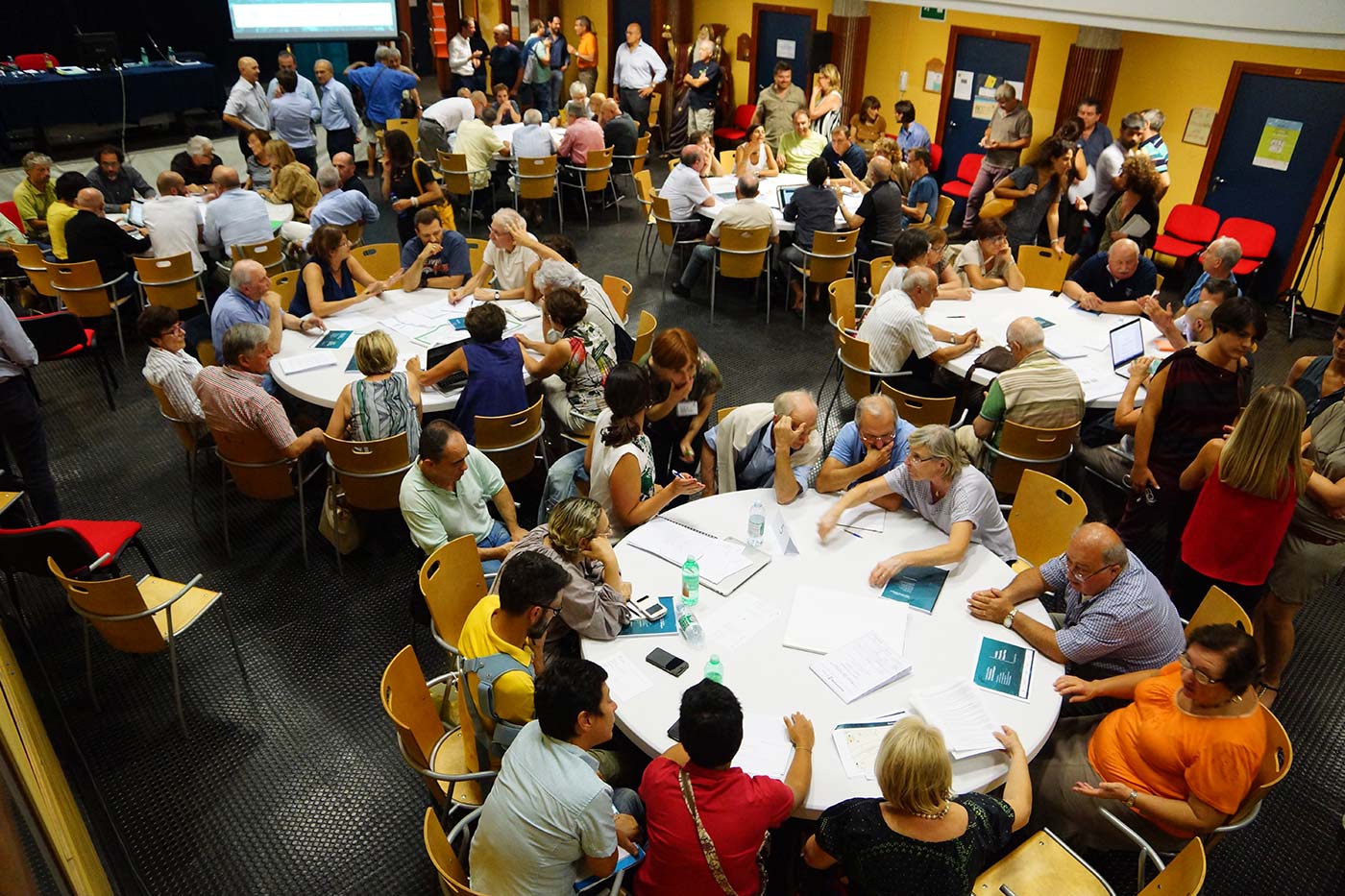 One of the discussion open to the public

The road hub was redesigned as an opportunity for development for the city and the areas directly involved in the work. As a result, the project has paid the greatest attention to both environmental and transport topics, planning, for example, the redevelopment of green areas, the creation of wooded strips, flyovers and noise barriers of architectural value, the valorisation of cycle paths, the creation of important transport works and the improvement of the junctions with local roads.

Given the strategic nature and complexity of the operation, Autostrade per l’Italia and the institutional bodies involved decided to have a public discussion open to all townspeople before the definitive design with the aim of explaining the project, answering questions, collecting comments and suggestions so that a final project reflecting as close as possible the needs of the area could be produced. The public discussion started in July 2016, lasted about 4 months and was held through many meetings held around the town in the form of:

The results of these meetings were put into effect in the drafting of a large number of information dossiers and 23 ‘players’ notebooks’ which collect the opinions of and analyses conducted by the committees and local associations; all the material can be viewed on the web site of the public discussion.

The real, active participation of townspeople, the sharing of ideas and the discussion of contrasting opinions produced useful elements to indicate the changes to make to the project, particularly the improvements in the connections with the urban road network. The final project, currently submitted for assessment of the environmental effects by the Ministry of the Environment and the Protection of the Land and Sea and the Ministry of Cultural Heritage, Activities and Tourism, is based on the outcome of the public discussion.

Transport civil engineer leading the ‘Transport research and sector analysis’ unit at Autostrade per l'Italia S.p.A. She is concerned with feasibility studies for the new work on the motorway network and analysis of tariffs and tolls.