How the largest food distribution system in the US works

The Five Borough Food Flow is the study published by the New York City Economic Development Corporation and NYC Mayor’s Office of Recovery & Resiliency in October 2016. This research and survey is on the food distribution system in New York, the largest in the United States.

Every year, about 8.6 billion kg of food are distributed in New York reaching the 8.4 million residents, 60 million tourists annually and the hundreds of thousands of workers who arrive in the city daily through 42,000 points of sale. The study concentrates particularly on the analysis of the last mile, i.e., the process enabling the transport of food from the wholesale distributors to the points of sale.

Food reaches New York through six distribution centres, the largest being Hunts Point Food Distribution Center, which distributes a volume of 2 billion kg of food annually (half of this arrives in the city). This means that 12% of the food distributed in NY comes from Hunts Point. The percentage rises for sectors in which a distribution centre is specialised: 25% of agricultural products, 35% of the meat and about 45% of the fish. Hunts Point’s main contacts are restaurants and cafés followed by small shops and large supermarkets. 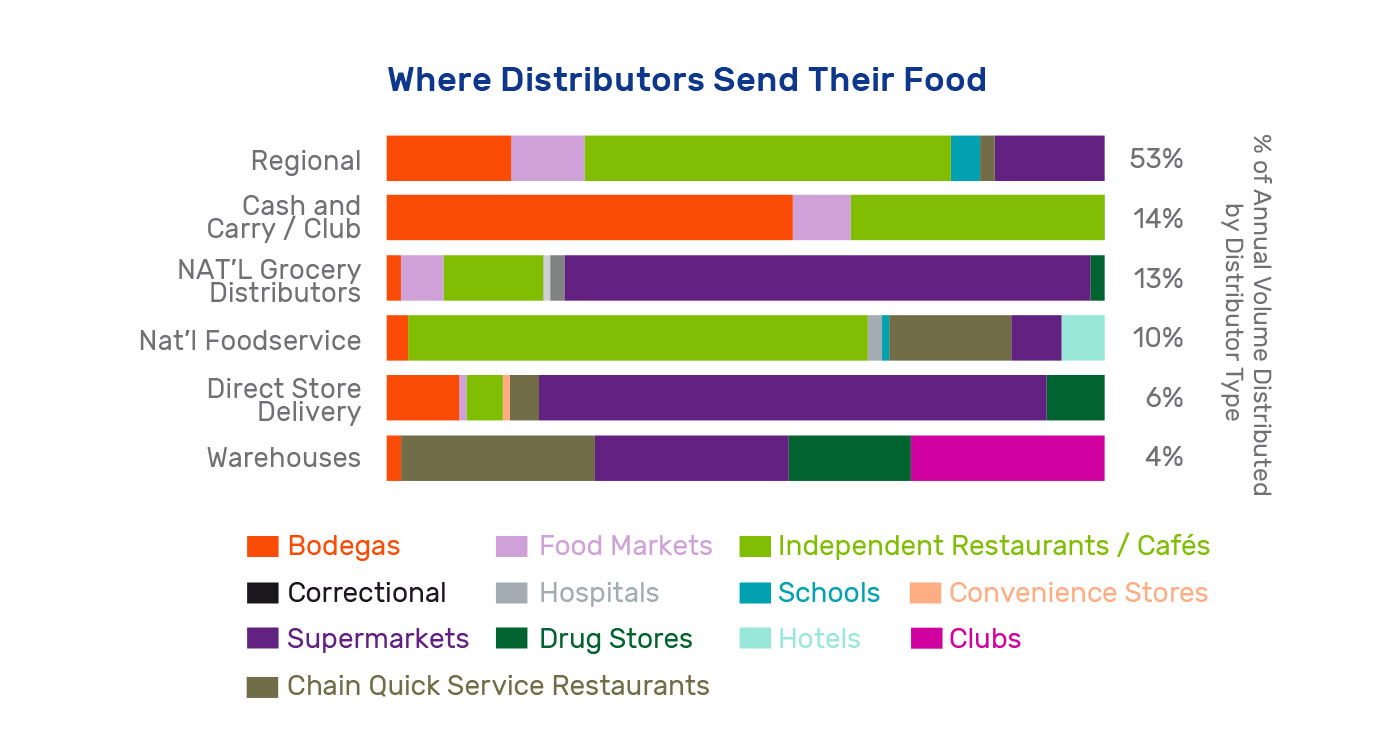 Not all the distribution centres are based in the city. Generally, the large centres like Hunts Point have a centre in NY if more than 50-60% of their market concerns the city – the rent is easily offset by the transport costs. In addition, having a centre within the city borders enables access to public incentives and larger offer of work. The food supply chain in NY features various types of distributor. There are large distributors with national networks, the mass retailing which mainly serves supermarkets (grocery), cash-and-carries, small- and medium-sized regional distributors and the large storage warehouses. Each distributor serves one or more types of point of sale. Restaurants and cafés mainly use the regional distributors, supermarket chains are supplied through mass retailing, hospitals and hotels use the large distributors with national networks, small shops go to cash-and-carries and groceries, and fast food is supplied by the large storage warehouses and national distribution. 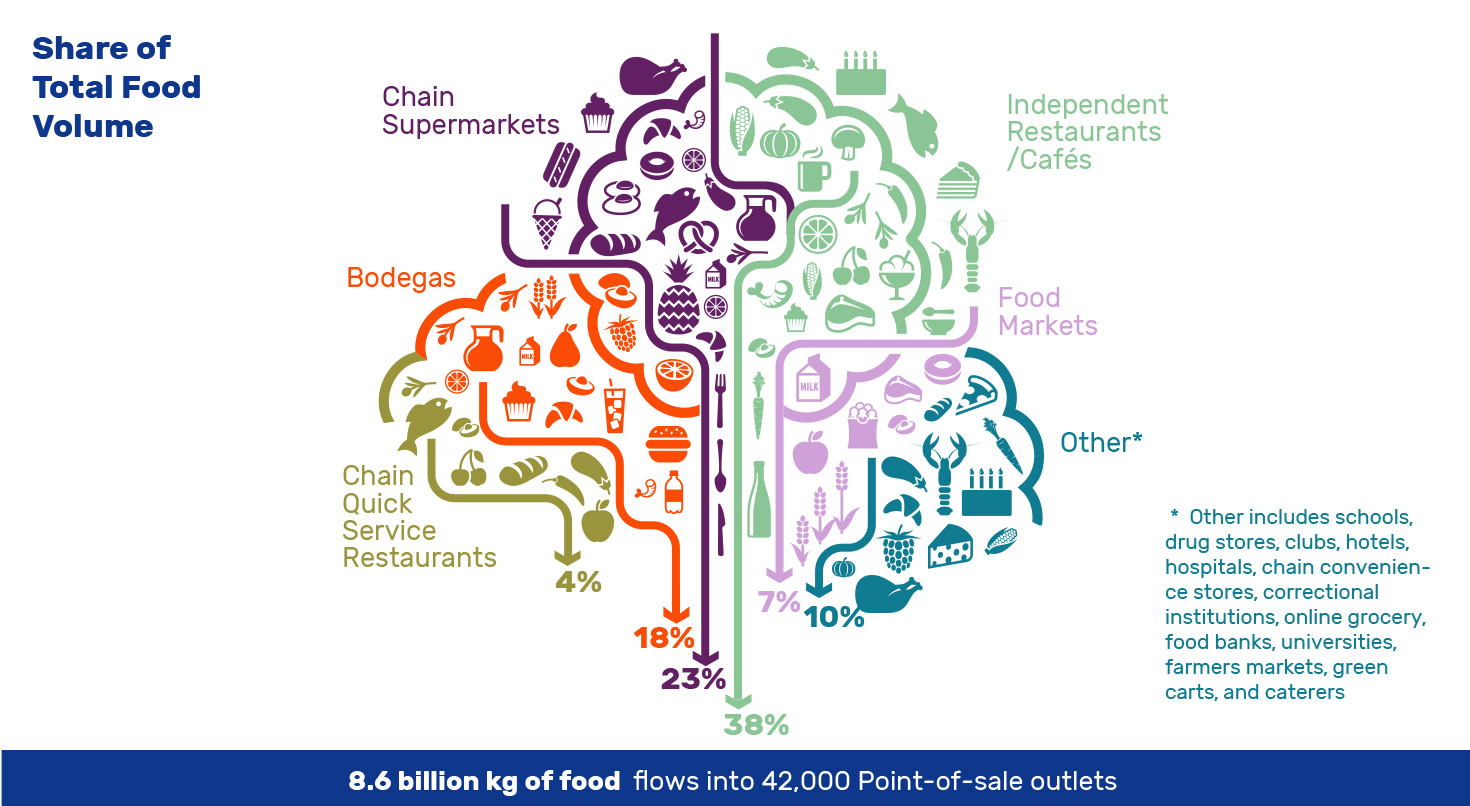 The demand for food in New York grows by 1.6% each year, double the national average of 0.7%. The study interprets this as significant for the future of some types of distribution; it theorises that cash-and-carry distribution will increase its market, reducing the percentage of points of sale served by the regional distributors.
The study closes with a reflection on the transport systems and the itineraries essential for ensuring the arrival of every type of goods in New York. The geography of the city implies that 99% of the so-called last mile distribution is by lorry, which can use a limited number of city bridges and tunnels. The food distribution system relies on this type of infrastructure to reach the points of sale; even today, the combination of four large bridges and two tunnels allows movement of 50% of the food consumed in New York.

Senior Program Manager at the Mayor's Office of Recovery and Resiliency, New York