Planning and management of water in Tanzania

Last year, a large project, which enabled drinking water to be taken into the most remote areas of the Arusha region in northern Tanzania, came to an end. Sustainable management of the infrastructure was also started and the hygiene habits of the population improved.

Before the project was completed with the contribution and co-operation of the Oikos Institute, women and children travelled miles on foot to fetch water or they were forced to buy it by the bucketful at high prices. The only water available near villages came from unsafe sources, such as the irrigation channels. The use of contaminated water and the difficulty in accessing this vital resource caused the spread of disease, that could also be fatal, particularly among the children.

We interviewed Giorgio Colombo, co-ordinator of the Oikos Institute, Tanzania. 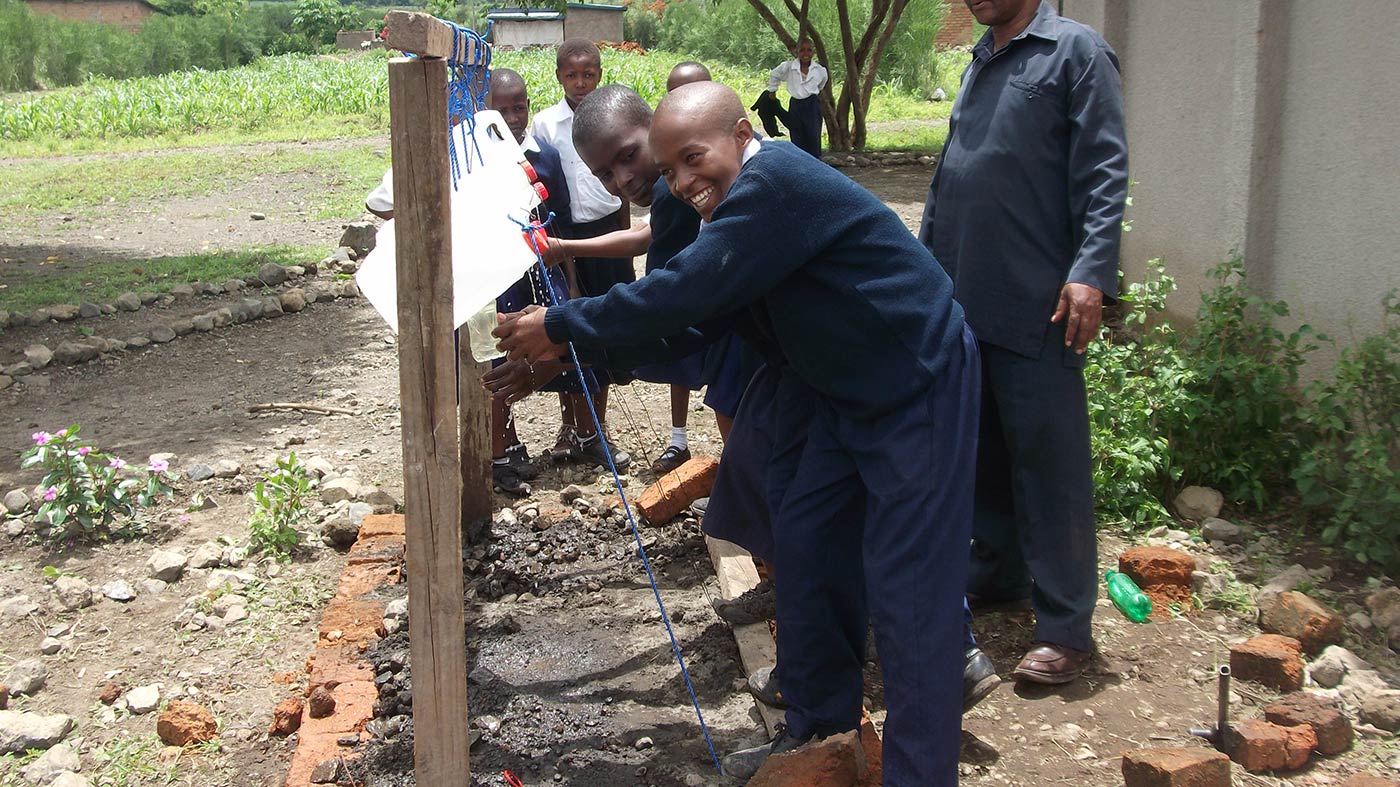 Campaign on correct hygiene practices in the school at Nkoasenga

What does the project consist of? What were the reasons behind it and the results obtained?
The Oikos proposal started from a specific request from the beneficiary villages which, with the district authorities, asked for improvement to a critical situation in the water supply, with serious hygiene and sanitary problems.
The project, which now covers 22 villages in the Meru District with a population of about 50,000 people, enabled important results to be achieved in terms of:

Access to water: a new source with more than 700,000 litres of water daily was connected to the water system; 262 km of new piping, 280 new public water points, 7 new cisterns (in addition to the 5 requalified) and 10 rainwater collection systems in schools and clinics were built. The local population’s access to water has now improved considerably, passing from 30% to more than 90%. 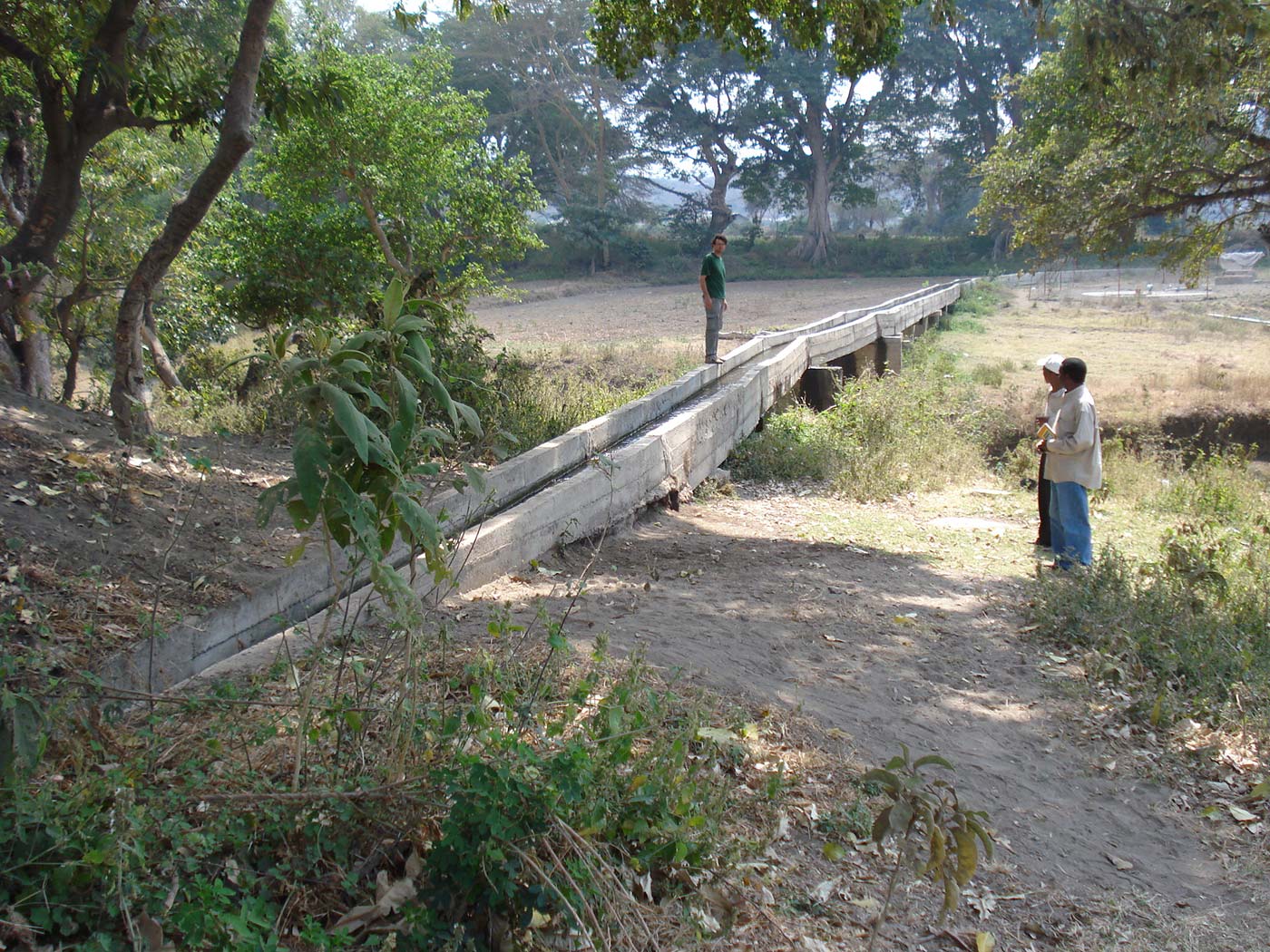 Definition of the line of the aqueduct

Water management: registration of a Water Consumer Association (MAKILENGA WCA) in Meru District, election and training of the Board, employment of more than 10 staff (manager, accountant, water technicians etc.) responsible for the daily management of the water system, achievement of a balance in the budget in the first year following the closure of the project (with an annual turnover of about Euro 40,000).

Were there problems during the design and construction stages?
The main problems are still the conflicts on the use of water between the villages up- and down-stream with frequent vandalism of the system by the former. This conflict worsened during the implementation of the project, particularly at the time of the last national political elections in 2015.
Currently, the District, as regulatory body, is acting seriously and firmly to stop the vandalism and re-establish the rules agreed by the general assembly of all the villages.

Has the involvement of the local population helped to solve these problems? If so, how?
The social and political situation in the area is very complex. There was massive involvement of the local population, both during the construction of the works and the creation of the management board of the aqueduct, in which representatives of all the villages were involved.
The conflict between the small number of villages upstream and most of the villages downstream existed from the start of the project. An agreement was sought through the involvement of the population to guarantee equal distribution of all the resources, generating a more democratic decision-making process based on the right of all the villages to equal, sustainable access to water, irrespective of their geographic position.
Another essential result was also reached. Most of the population decided to contribute to the water service through payment of a tariff based on real consumption, thus ensuring advantageous prices and avoiding waste. 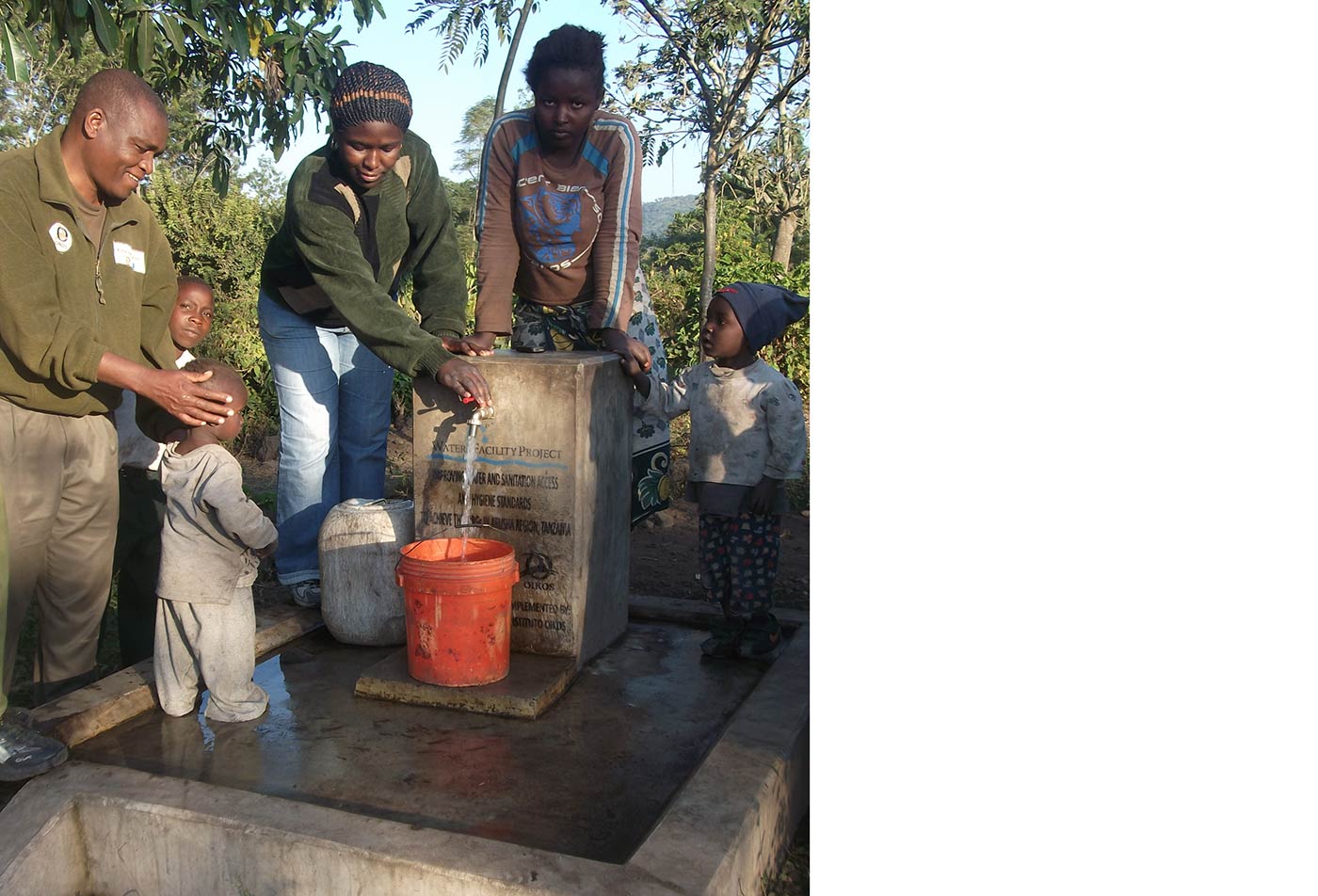 The aqueduct reaches the village of Malula

The infrastructure works were continued at the same time as the conception of a model for management of the water. The mechanism that Oikos developed in partnership with the local authorities and municipalities was recognised by the World Bank and the Water Ministry in Tanzania as a winning strategy for promoting sustainable water management. Can you describe this mechanism in detail? How was the population involved? What were the aims and what action was taken by and with the local population?
Due to the complexity and the difficulties met, the project became an interesting case study in the Tanzanian national panorama. The existing policy in Tanzania sets out that the Operation & Maintenance (O&M) service in rural areas is delegated to the so-called Community Owned Water Supply Organizations (COWSO). Therefore, Oikos created a Management Committee, called MAKILENGA, consisting of the representatives of the Village Water Committees which took on the legal form of Water Consumer Association, the most participative (but also the most complex) form of management set out by the policy in force. The interesting fact about MAKILENGA is that it is a multi-village COWSO and so a cluster of various small water committees at village level. Various studies carried out in Tanzania, and not least a study performed by Oikos in the Arusha Region, have shown how the performance of the multi-village COWSOs is much more efficient than that of organizations formed of just one or two villages. In addition, in the areas close to MAKILENGA, there are experiences of COWSO federations that network and share support services and the relative costs. This model was promoted by Oikos and the Arusha Region, and was successfully piloted in other districts until it was recognised by the Tanzanian Water Ministry.

MAKILENGA has a crucial role in guaranteeing the sustainability of the water system created by the project. Today, MAKILENGA is a successful social business with 44 board members who are highly motivated and proactive and are responsible for managing the system and taking care of its maintenance, monitoring the quality of the water, and checking that there is no illicit behaviour such as illegal connections to the system. At present, partnerships and resources are being sought to replicate this winning, sustainable model in other regions of Tanzania so that national impact can be generated and significant experience promoted in contexts different from the Arusha Region.

Co-ordinator of Institute Oikos, Tanzania, and manager of the Water Facility project created in the Meru District, Tanzania