A reflection on the Italian experience

The most recent and important work of infrastructure in Italy is certainly the approximately 1,000 kilometres of High Speed/High Capacity railway lines. In just a few years, High Speed (HS) has changed the habits and customs of millions of people, shortening distances and reducing transfer times.

In 2008, the Naples-Salerno and Milan-Bologna lines came into operation and, at the end of 2009, Florence-Bologna, the completion of the Turin-Milan (Novara-Milan section) and the final section of the Rome-Naples lines were added. At the same time as this, a new private operator, Nuovo Trasporto Viaggiatori (NTV) entered the High Speed market, starting its first service in April 2012 with a partial programme, reaching the current complete service in April 2013. Thus, today, Italy is a unique case internationally as it is the first country where, following the liberalisation of the passenger market, a completely private operator (NTV) provides High Speed transport services in competition with Trenitalia, the previous monopolist. Trenitalia and NTV provide passenger transport services in a market open to free competition, where the services offered are neither regulated from the tariff point of view nor subsidised. In this way, they can be valorised to the greatest benefit of travellers, the result of the competition in terms of tariffs, timetables and frequency, stations of origin and destination of the services and intermediate stops.

The impact of the HS services on the transport system, with special reference to the Turin-Milan-Rome-Naples-Salerno corridor, has been of great importance: 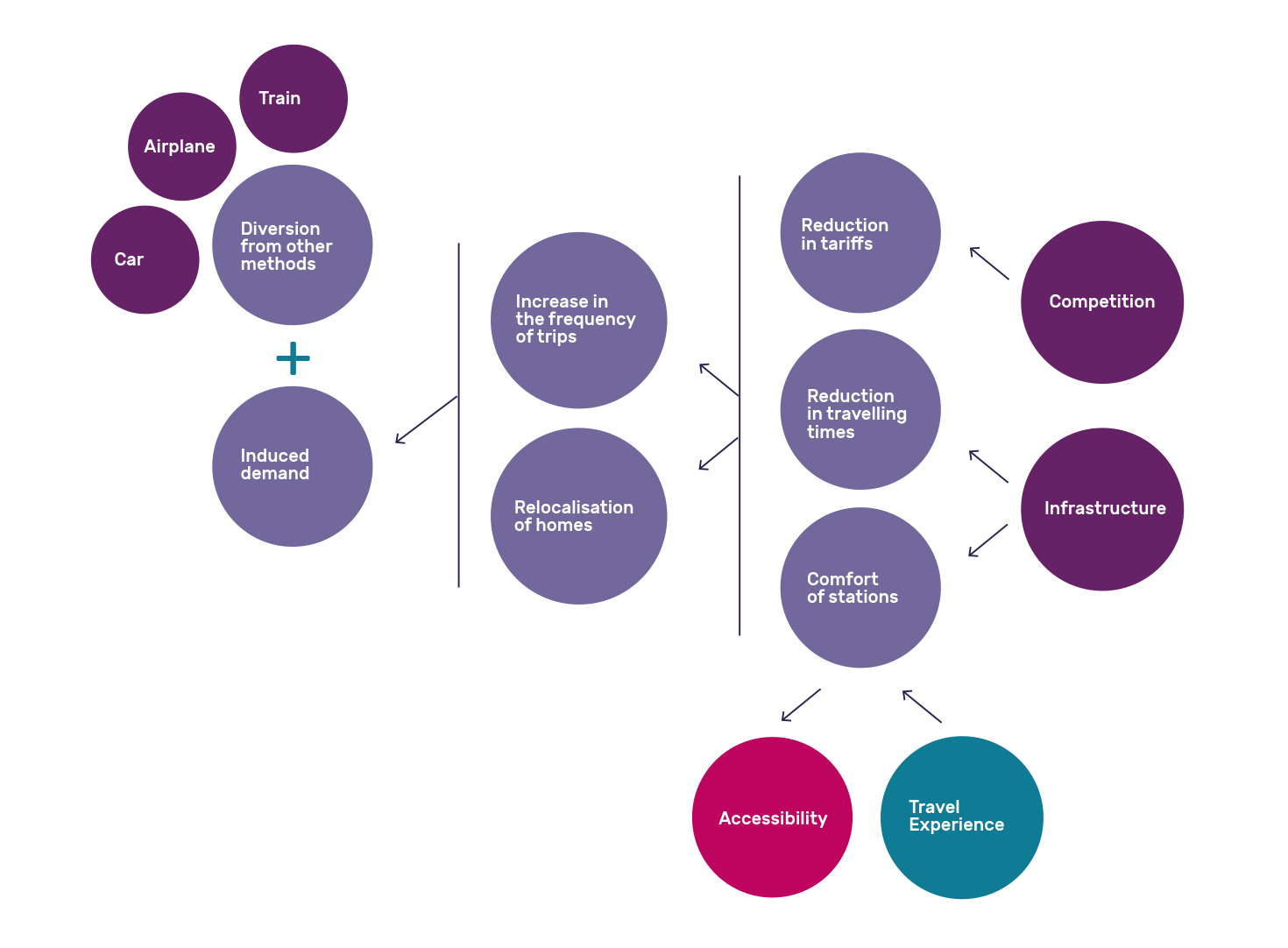 The combined effect of these two main factors led to an increase in the number of passengers transported of more than 13 m (+81%) in relation to the ‘core’ area in the five years 2009-2013 where:

It’s obvious that, where the estimate is an induced demand of more than 40% of the whole quota of transfers attracted by HS services in 5 years, the essential question is what are its features, what are the phenomena causing it but, above all, how can they be governed for the developments planned in the near future.

The consideration at the base of all this is that the introduction of HS services has space, social and economic impacts on regional development of prime importance – an increase in employment, income, production and changes in the ways the land is used. There have been many studies in the sector which have outlined the first conclusions on the subject, indicating the trends relating to Italy, also in comparison with the other European situations.

Certainly, in this context, the role of the stations, their position in the area, their accessibility and the urban transformations seen around them, is dominant:

From this point of view, the study of the HS service and its new stations must be viewed as a system which takes into consideration the relationship between a transport system and use of the area with a model that:

Engineer, export on mobility, he manages projects on transport systems to the different scales of analysis, and cultivates interests in the regulation of metropolitan traffic flows.